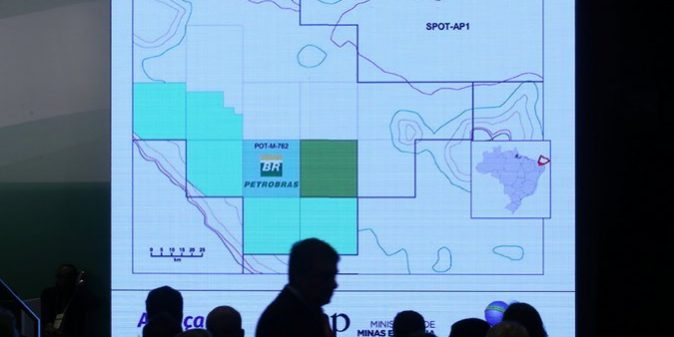 RIO DE JANEIRO — Exxon Mobil and other oil companies opened their wallets at an offshore oil auction in Brazil on Thursday in a sign that the industry was stepping back into the deepwater drilling business.

It was the third encouraging Brazilian offshore auction since September, and a vote of confidence for the country’s energy reform program at a time when oil companies have been reluctant to make ambitious offshore investments.

As oil prices plunged in recent years, global investment in offshore oil and gas operations collapsed to roughly $160 billion in 2017, from a high of $335 billion in 2014. Rystad Energy, a Norwegian energy consulting firm, projects that offshore investments will level off at $155 billion this year, and gradually pick up over the next five years.

But BP, Royal Dutch Shell and Germany’s Wintershall defied the global trend and were among the big winners at the Brazilian auction on Thursday. Chevron had kept a low profile in Brazil since an oil spill in 2011 off the coast of Rio de Janeiro, but it successfully bid for four exploration units.

Particularly aggressive was Exxon Mobil, which is eager to replace depleted reserves and increase production. Along with several partners, Exxon Mobil won eight bids for covering 640,000 acres of fields, including one bid valued at $848 million.

Combined, the auction brought the Brazilian government more than $2.4 billion in payments for both deepwater and shallow-water prospects.

On Wednesday, two choice offshore blocks were withdrawn from the auction by a Brazilian court, which argued that they should be granted only under a production sharing model that would benefit the government. But Brazilian officials and energy analysts argued that the auction was a success anyway.

“The diversity of operators and geography was one of the great successes of the auction,” said Décio Oddone, head of the National Petroleum Agency, or ANP. He noted that “not just American companies but practically all of the major countries in Europe were represented.”

Deepwater exploration has fallen out of favor in much of the world over the last four years as oil prices collapsed from levels over $100 a barrel. Offshore projects require billions of dollars for drilling and constructing huge production platforms, and five to 10 years can pass before oil is produced.

With oil prices now around $60 a barrel, potential offshore investment dollars have had to compete with the frenzy of drilling in West Texas and a few other American shale fields, where new technologies have made returns speedy and relatively inexpensive.

The industry’s interest in offshore drilling has been heightened by the 33 percent recovery in oil prices over the last year, but also by a series of Brazilian regulatory changes. They include dropping the requirement that the state company Petrobras be designated the managing company, and lowering the amount of Brazilian machinery and construction material that must be used for exploration and production.

“Brazil is one of the few international deepwater bright spots,” said Jorge R. Piñon, former president of Amoco Oil Latin America. “Its geology and politics are known to the industry. They know what they are dealing with.”

The International Energy Agency projects that Brazil will make the second-biggest contribution, after the United States, to the growing oil supplies outside the Organization of the Petroleum Exporting Countries over the next few years, and that it will come from offshore drilling. The agency said in a recent report that Petrobras and international oil companies would lift global supplies by more than a million barrels a day by 2023, more than 1 percent of the global market.

There are other signs of recovery for deepwater exploration. Project expansions are underway in the Gulf of Mexico. Exxon Mobil has made a series of large offshore discoveries in Guyana and plans to start production there in the next few years. Royal Dutch Shell is planning to drill 10 wells in the Mediterranean off Egypt.

“In deepwater offshore, I have no projects in our funnel going forward with a break-even price of over $40 a barrel,” he said, referring to the Brent global benchmark. “These are projects I am very comfortable sanctioning.”

In Brazil, the auction results could give at least a modest boost to President Michel Temer, who is facing corruption charges and is widely unpopular. The government has sought to increase privatization of much of its infrastructure, including roads and airports, but has struggled to lure investors. Oil and gas are one exception.

David Fleischer, professor emeritus of political science at the University of Brasília, said the auction was a “sign to investors that the Temer government is functioning normally in spite of the investigations against the president.” He added, “Also, this means a new injection of badly needed funds for the national treasury.”