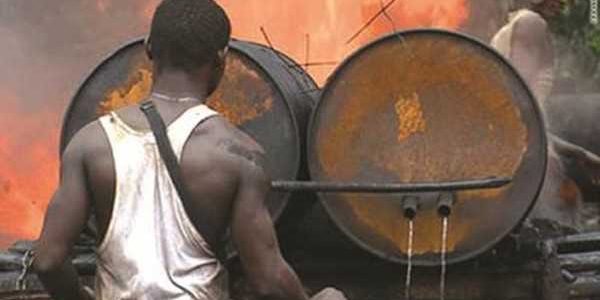 It is obvious the Nigerian economy is in a precarious situation.  Is it anything new? Even oil theft, and the unclear accounts of oil  receipts, coupled with corruption that are speedily draining resources  available to governments, are not new.
Nigerians do not need a warning from outsiders to know that an  economy founded on one product, the proceeds of which are wantonly  stolen, is doomed. Years of contemplating what to do with the economy  has not thrown up solutions that governments are willing to implement.  Every government’s interest is limited to resources it immediately needs  for its projects, most of which are short-term.
A May 2013 World Bank’s Nigeria Economic Report noted that, “Despite  the recovery in oil prices, Nigeria expanded its fiscal stimulus  significantly, increasing consolidated spending by an estimated 2.5 per  cent of Gross Domestic Product, GDP, and drawing down the remaining  balance of the Excess Crude Account at the same time that many other oil  exporters were building back their reserves.”
Nigerians see it differently. While the World Bank worries about  Nigeria’s ability to meet its international obligations, Nigerians are  bothered that their country has no plans to create an economy away from  oil. All the talks about diversifying the economy, some dating more than  40 years, have remained talks, recycled the same way they recycle  politicians for appointments, some dating almost that far back.
The saddest aspect of the patch Nigeria is passing through is that  once oil revenues climb to levels that can fund budgets, managers of the  economy would happily return to their spending sprees.
Oil accounting for 95 per cent of exports and 75 per cent of  consolidated budgetary revenues in Nigeria, is a bigger danger than the  volatility of oil prices and thieves who are exploiting weaknesses in  the oil production chain.
The end of oil theft, which some see as the elixir to the economy,  misses the point again about the importance of the future. Stable oil  prices serve the West’s interests. A stable Nigerian economy, with a  broad manufacturing base to serve Nigerians would not benefit from the  West’s help, which wants Nigeria to be a net importer.

Nigerian authorities should be planning an economy above oil thefts.  The only way that would be possible is by diversifying the economy. Oil  would still be useful by providing the resources to redirect the  economy.
The current practice of consuming all the money the country makes  each budget season is another version of oil theft. Indifference to the  future is new slavery awaiting Nigerians. Our governments owe us a  responsibility to rescue Nigerians from that blight instead of rejoicing  that oil theft is ending.
by: Vanguard