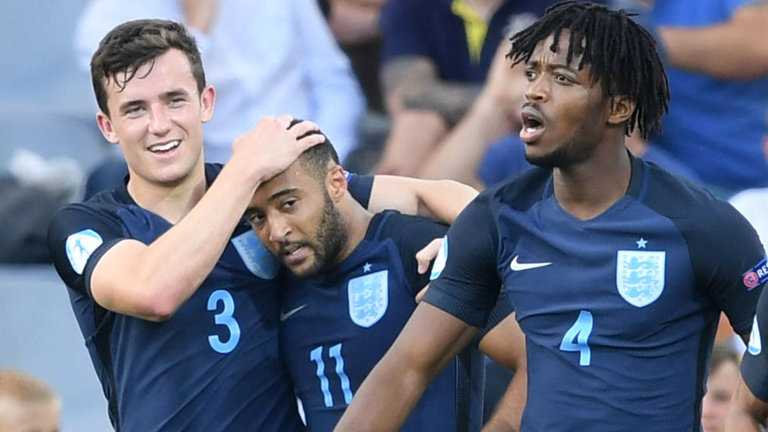 Aidy Boothroyd hailed a “bold” display from England Under-21s after they came from behind to beat Slovakia on Monday.

The Young Lions recovered from a goal down to win 2-1 and move top of Group A at the European U21 Championship after second-half strikes from Alfie Mawson and Nathan Redmond.

Martin Chrien’s opener had put England on the brink of an early exit after a dire first half but they recovered and face hosts Poland on Thursday.

Boothroyd had called the game a must win after Friday’s opening 0-0 draw with Sweden and praised his side for their courage.

He said: “I thought if we lost or drew the game we were out. So we had to be bold, keep ourselves in the mix.

“We did that. Now we’ve put this to bed we’ve got a really tough game coming up against Poland. We want to progress, we want to do well. I thought we deserved our win. We were the best team.

“Nervy? I think that’s fair. The extra player in there (midfield) was to make them less jittery and give them more of an option on the pitch really.

“It’s all about action. We talk about dealing with the ball and coping with pressure and in the second half we showed that.”

And Boothroyd is now eyeing victory over Poland in Kielce as England close in on the last four.

“I hope so. That’s all we can do. That would put us on seven points,” he said. “But it will be a tough game. Apart from being on seven points, they have also got a half-decent team so we have to make sure we prepare for that.”

Chrien headed in after 23 minutes as England struggled to get going but after replacing Mason Holgate with Jacob Murphy at the break they began to recover.

Swansea’s Mawson levelled from Murphy’s cross after 50 minutes, following up after goalkeeper Adrian Chovan saved his initial effort, before Redmond drilled in the winner 11 minutes later.

The second half was a marked improvement and Mawson admitted a half-time inquest helped solve England’s problems.

The centre-back said: “It was a mixture. It got a little bit heated, really. A lot of players were frustrated. I was so frustrated about the goal.

“But Aidy was calm and calmed everyone down. We said we needed to man up and do the right thing.

“Credit to us and we did what we needed to do. We don’t take it in a negative way. We are all men about it. We could have easily crumbled at 1-0 down but we stood up and passed it with flying colours.”