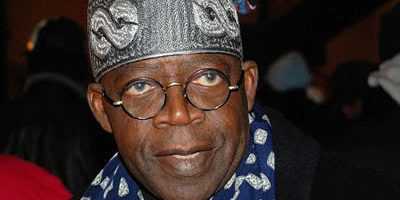 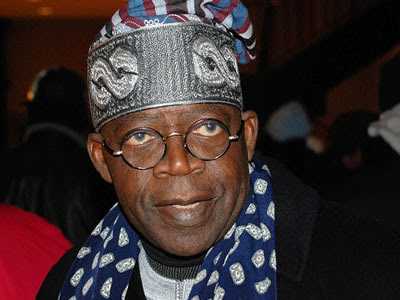 Former Governor of Lagos State and national leader of the All Progressives Congress, Bola Tinubu,

has said he did not attend the Friday meeting of Yoruba leaders on the proposed national conference because he was not invited. A group, Yoruba Committee on National Conference, had met at the Isara-Remo, Ogun State-home of an elder statesman, Sir Olaniwun Ajayi, to strategise on the selection of delegates for the South-West geopolitical zone ahead of the conference. Some of the prominent Yoruba leaders at the meeting were Governor Olusegun Mimiko of Ondo State; Afenifere leader, Chief Reuben Fasoranti; former Minister of Finance, Chief Olu Falae; Gen. Alani Akinrinade (retd.); activist lawyer, Dr. Tunji Braithwaite; Afenifere leader, Chief Ayo Adebanjo; Bishop Bolanle Gbonigi (retd.); Archbishop Ayo Ladigbolu; and the convener, Save Nigeria Group, Pastor Tunde Bakare. Speaking to our correspondent on Saturday, Tinubu’s media aide, Mr. Sunday Dare, said there were attempts by some leaders in the South-West to sideline other Yoruba leaders, especially those in the APC. He said, “Have you asked whether they (APC leaders) were intimated about the meeting? There was no communication whatsoever. There was an attempt by a group of self-appointed Yoruba leaders to isolate some other persons. And this has been going on for a long time. “There was no information out there, whether in the public or privately. And it is not possible for these leaders — the APC leaders or the Yoruba leaders in the APC — to go for a meeting they don’t know about; a meeting they were not invited to. It is not possible.” Also, the Publicity Secretary, APC, Lagos State chapter, Mr. Joe Igbokwe, said it was left to the people to judge whether they were the leaders of the Yoruba nation or not. He said such a meeting without Tinubu and the APC governors from Lagos, Oyo, Ogun, Osun, Ekiti and “probably” Edo states was incomplete. Igbokwe said, “There are leaders, there are also leaders. We, as the followers can choose where we want to be. They are leaders in their own class. I can’t deny Chief Ayo Adebanjo; I know him in the days of the locust. I can’t deny others but there are leaders and there are also leaders. “Asiwaju and the governors of the APC states (in the South-West) were not there. If you’re doing something in the South-West and you cannot find the APC leaders who have about 90 per cent control of the leadership of the zone, then what are you talking about? It means that there is a lacuna.” But his Ogun APC counterpart, Mr. Sola Lawal, said the opposition party was still opposed to the conference and would not attend such meetings as a result. He stated the party had made it clear that the conference must be attended by ethnic nationalities only. He said the party’s opposition to the confab had been justified by the announcement that the memorandum from the exercise would be subjected to legislation by the National Assembly and that the recommendations by the Presidential Advisory Committee on National Conference had been widely criticised. Lawal said, “As progressives in the APC, we do not believe in that conference because we have not seen the sincerity of the President Goodluck Jonathan-led administration to put the conference together.” Contrary to the claim that he (Tinubu) was not invited, Ayo Adebanjo was quoted in a national daily newspaper on Saturday as saying that Tinubu and other APC chieftains rebuffed efforts made to invite them to the forum.