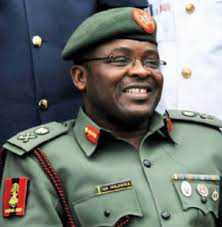 Chief of Army Staff, Lt. General Azubuike Onyeabo Ihejirika, yesterday revealed why efforts to frontally combat the menace of terrorism by the dreaded Boko Haram sect in the north eastern part of the country did not record instant result.

The Army chief said that at the beginning of the operations to combat the Boko Haram menace, especially that involving joint operations among the three armed forces, they went into it without necessary joint deployment training which hampered their operations at the time.

General Ihejirika said this at the multilateral joint exercise between the Nigerian Armed Forces and the navies of United States of America, United Kingdom, Spain and The Netherlands carried out at the Takwa Bay in Victoria Island, Lagos.

According to General Ihejirika, “We went into the operations in the North East without the joint deployment training, which culminated in limited success in the area at inception,” he said. But the Army chief quickly added that that lapse had been covered as the armed forces had now taken concrete measures to improve the effectiveness of the operations, which he said was already yielding fruitful results in the fight against insurgency in that part of the country.

He continued, “Nevertheless, I am highly impressed with the level of cooperation so far and we have identified areas for further improvement. We have taken concrete measures to improve the effectiveness of the operations through the introduction of ground to air communication to enable units of the Nigerian Army and that of the Air Force to communicate as was never the case.”

Speaking at the exercise, Chief of the Naval Staff, Vice Admiral Dele Ezeoba, also called on the federal government to improve the sea lift capability of the service so as to continue to perform its statutory roles, even though he understands the competing demands from the government of the scarce financial resources.

Admiral Ezeoba, who lamented the dwindling fortunes of the service as a result of challenges of past years, said that the Nigerian Navy would only go back to its past status of a regional maritime power when more platform are acquired for the services.

Said the Naval chief: “In the past we had sea lift capability in our inventory, but because of the challenges we had over the years we have lost this capability, which of course is for strategic sea lift. It was the capability we had that made the Nigerian Navy to land a battalion of the Nigerian Army in Lebanon in 1979 for the first Lebanon peace support operation that we conducted. Same in Liberia for the ECOMOG operation.

These things are germane to us to have a total capability as a naval force,” he said. Admiral Ezeoba also told journalists that the fight against oil theft and pipeline vandalism had stemmed the rate of criminality on the nation’s waters. He said that the activities against sea criminals had reduced considerably and had led to the improvement of the economic fortunes of the country. Admiral Ezeoba continued: “The issue of pipeline vandalism and oil theft is an ongoing concern. We have been working on that and I am glad to say that as we speak we have recorded a lot of milestones in terms of successes. The rate is reducing but it might take a while before you begin to see the tangible results but as I speak our revenue in terms of crude oil sales is on the increase.”