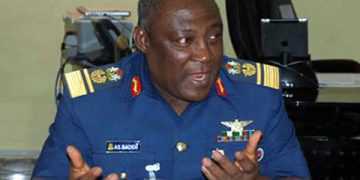 The contribution of the Nigerian Air Force to the prosecution of the campaign against Boko Haram insurgents may remain insignificant unless the Federal Government provides  it with the right equipment, investigation by The PUNCH has revealed.

It was gathered from military sources on  Tuesday  that the Air Force, which should have  added fillip to  the  ongoing military operations in the North-East, had not done much because of the type equipment at its disposal.

They said that   the   service   largely uses  Alpha jets  which, according to them,  are

ineffective in the type of  war currently going on in the zone.

One of the sources, who asked not to be named because of the sensitivity of the issue, explained  that an Alpha jet flies very high and is therefore   not very effective in carrying out aerial surveillance.

He added that   many  fighter pilots had complained that they  could   not see  ‘targets’ during operations  because  of the fact that Alpha jets  also fly very  fast.

The source said that what the Air Force needed to contribute effectively to the asymmetric war against the terrorists were helicopter  gunships.

He said, “The Alpha jet flies very high and is definitely not suitable for this type of operation.

“Several times, because of the  peculiar nature of  Alpha jets, the pilots have complained that they cannot see    targeted points.

“The Alpha jets definitely are not made for this type of operation that requires aerial surveillance and close monitoring of objects on the ground from the sky.

“For now, there are no gunships  for  the operation; you need to see the ability of these gunships when they are in action, I mean, when the shells come from them, you would think they are  from nowhere.”

According to the source, if the Nigerian military can get 50 gunships, the battle  against  Boko Haram  will be over in one month.

The PUNCH   also  learnt  that there were disastrous incidents in the past where troops had advanced, only for air support to be called off. Such   happened at the Sambisa Forest last year.

Our  sources claimed  that the Air Force  could not   give the needed backing to the ground troops because  the right equipment was lacking.

Last year, the insurgents attacked the Air Force Base in Maiduguri, and destroyed two specially built gunships that were used in monitoring their  activities along the Maiduguri-Damaturu Road.

The two helicopters, with transparent floor, were specially built and equipped with modern day  facilities  that make it possible for objects to be zoomed and sighted from incredible heights.

It was learnt that the activities of the insurgents increased after the destruction of the two  gunships last year.

When contacted, the Director of Air Force Information, Commodore Yusuf  Anas,  denied that only Alpha jets were largely  being used by NAF in the prosecution of the  war against  insurgents.

He said that the service was using  all  available platforms  to ensure a speedy resolution of the security problem in the North-East.

Anas  challenged those making such claims to take out time to visit the operational areas rather than judging the security agencies from Abuja and Lagos.

He said, “You don’t sit in Abuja and Lagos and write a story. It is not always good to make judgment sitting here in Abuja or Lagos; it is always good to visit the operational areas to see for yourself what the security agents are doing for this country.

“The NAF  is using all the available platforms to contain the insurgency in the North-East.  It is not only Alpha jets  that are being used. We are also using the Agusta, the ATR 42, Beachcraft aircraft and  a maritime surveillance aircraft that captures real images of where the insurgents are going, both in day and night time.

“So it is not true. The Air Force is using an array of platforms to achieve the objectives and  in doing that,  the Air Force is synergising with the other security agencies in the North -East to quickly bring about the  insurgency to a quick end.”

There had been mounting security concerns over  the  repeated attacks and killings of helpless villagers in the North –East by  insurgents.

Many also express worry  that the expected synergy between the Army and the Air Force in the present operation  is  missing as the Army has been left  largely to carry out the operations.

Apart  from that, a good number of the Armoured Personnel Carriers acquired by the Army under the Shehu Shagari administration  are obsolete and, at times, break  down in action.

It was gathered that the  statutory responsibility of the Air Force of any  nation’s Armed forces which  is  to ‘soften the ground’ for   ground forces, had  been less than adequate in the recent operations against the sect.

The lack of modern equipment and synergy among  the forces   had  resulted in the killing of troops by the insurgents in some instances.

It  will be recalled that the Borno State Governor, Kasim  Shettima, had after a meeting with  President Goodluck   Jonathan  in  Abuja two weeks ago,  said that the  sect was better armed than the armed forces.

Shettima   had  said, “Boko Haram  members are better armed and are better motivated than our own troops.

‘Given the present state of affairs, it is absolutely impossible for us to defeat Boko Haram.”

But Jonathan  had  berated the governor, saying his statement was unfortunate.

The President had said, “The statement  by the  governor   is a bit unfortunate. I don’t expect a governor to make this kind of statement and if the governor of Borno State felt that the Nigerian armed forces are not useful, he should tell Nigerians, if  I will pull them out for one month whether he will stay in that his Government House.”