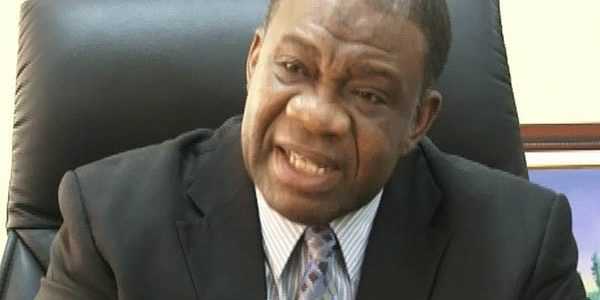 daughter’s wedding thanksgiving, that someone he refused to name approached him recently to advise President Goodluck Jonathan to go fetish if he was desirous of seeing an end to insurgencies in parts of the country.

‎This was even as he assured that despite current challenges, Nigeria was on the verge of a new dawn.

In his sermon entitled, “Jehovah, the Omnipotent is our Refuge and Strength” at the Aso Villa Chapel, Nebo, who was the guest preacher, said he refused to yield ‎to the advice because of the assurance in God’s word that the nation’s weapons of  warfare were not carnal but spiritual.

The minister, who is also a Venerable of the Anglican Communion, said the unnamed person, disclosed to him that previous administrations had gone fetish importing  foreign spiritualists, who went round the country in planes, making incantations in some strategic places.

He stated also that the unnamed individual  had hinted that the hired spiritualists might have made negative pronouncements against the country, hence the need to bring them back to right the wrong.

Recalling the conversation with the person, Nebo said: “Several months ago, when it appeared that people out there, no matter what good government did, they criticised;  they spoke against government, then the insurgents continued to do whatever they felt they had been paid to do. A man came to me and he is not a Christian and he told me, ‘you know, if you could tell the President to do so and so, these things will stop’.

“He said people were imported from outside this country and they were paid by previous administrations to enter the planes making incantations, flying across all the perimeters of the boundaries of Nigeria.