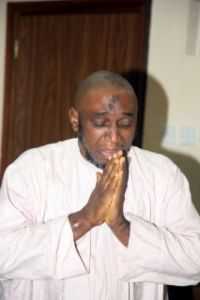 “JNI finds it imperative to call on the authorities concerned to revisit their position on that apparently innocent person and grant him his fundamental freedom,” Secretary General, Dr. Khalid Abubakar Aliyu, said today in a statement in Kaduna, a copy of which was made available to News Express. Belowis the text of the statement:

“It came to us as both shocking and astonishing that Dr. Muhammad Nazif Yunus, the Director of Al-Bayan School and a lecturer of Islamic Studies with Kogi State University, was arrested in connection to Boko Haram allegations. On 29th October, 2013, operatives of the SSS raided and ransacked Sheikh Nazif’s house and took him away, and since then his where about was not known until after 22 consecutive days when the SSS paraded him, charging him of being ‘the spiritual leader and recruitment coordinator of a terrorist cell in Kogi State.’

“Dr. Nazif has denied the allegation in the strongest term asserting his position as a strong opponent of both the ideology and methodology of Boko Haram. Those who know him have affirmed that he is peace loving, gentle and kind and a strong antagonist of Boko Haram. His friends and colleagues have testified that they have been engaged in several efforts together with him to halt the Boko Haram ideology.

“Those who have been following trends know very well that even ordinary members of Boko Haram hardly deny their connection to their ideology. It will be doubtful therefore if a whole ‘spiritual leader and recruitment officer’ of the group would shed tears while denying any link to that ideology. It would sound contradictory also that a leader of Boko Haram would still maintain his position as a University lecturer while the first requisite for one to be a member of Boko Haram is to abandon anything connected with Boko.

“It is based on all this, and after thoroughly investigating the antecedents of the Doctor, that JNI finds it imperative to call on the authorities concerned to revisit their position on that apparently innocent person and grant him his fundamental freedom. While re-echoing our strong condemnation against all forms of terrorism, we want to stress that arresting innocent and peace loving people and subjecting them to humiliation and physiological torture would instill doubts in the minds of Nigerians regarding the sincerity of our security personnel in their fight against violent extremism. Nigerian securities should conduct their statutory assignments with utmost professionalism and be careful in handling issues related to Boko Haram. We would not like a situation where, after applauding the successes so far recorded by the securities in halting violent extremism, Nigerians would be forced to lose the confidence they have in the security.

“Finally, JNI calls on all Muslims to always be law abiding, shun all dissident activities. Muslims all over the country are also urged to pray for the quick release of Sheikh Muhammad Nazif. May the Almighty Allah grant him the ability to be patient in this trying period. May He prevent all innocent people from similar trial. May Allah restore peace and stability to our dear nation.”