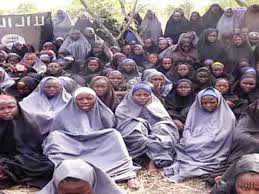 Boko Haram has demanded the release of 70 of its members in detention as a condition to free the Chibok girls, it emerged yesterday.

The sect is also asking the government to give amnesty to its members. A lawyer close to the armed group, Hajiya Aisha Wakil,  told AlJazeera English that the sect said only when these conditions are met would it release the abducted girls.

No fewer  than 276 girls were abducted from the Government Girls Secondary School in Chibok, Borno State on April 15. The Boko Haram leaders deceived the girls that they were soldiers who came to protect them from attack.

There are 219 girls in their custody following the escape of 57 from their enclave.

In spite of the support from an international coalition, including the United States, Britain, France and Australia military personnel and the use of a negotiator, the girls remain in the sect’s custody.

Hajia Wakil, who is also known as Mama Boko Haram, because of her closeness to members of the sect, said:  “And they want to be given amnesty, rehabilitated, and allowed to come back home and move freely. I told them not to hold the girls as ransom and to give me the sick ones – and that was where we ended up. The girls are a growing burden to them, and if the demands are not met …”

Speaking on her relationship with the sect, she said: “I don’t agree with what they are doing, but I speak to them because I am their mother. Sometimes they call me Um el Salam [Arabic for mother of peace]. These are Nigeria’s lost boys. My hope is that the government listens to them and lets them have dialogue.

But she added that Boko Haram had evolved over the years and the girls were abducted by members who  deviated from its original teachings.

“I have spoken to them about the girls and the situation to plead for their release. When this first happened, they told me the girls were well but some sick. They need medication. They are giving them antibiotics but they cannot buy food to feed them. They are attacking villages for supplies.”

Hajia Wakil said she knew many members of the sect, especially those born in Maiduguri, the Borno State capital.

“I know all the boys from here. I held them when they were born.”  She was a member of the Presidential Committee on Conflict Resolution led by Sheikh Ahmed Lemu.