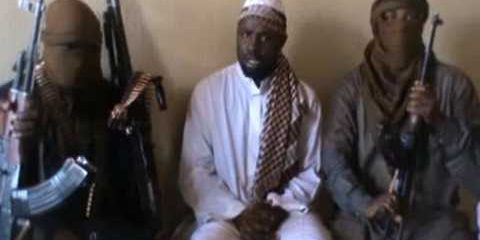 SUSPECTED members of Boko Haram terrorists have carried out a series of night attacks in Borno State causing havoc and killing 26 people in the process.

This was even as reports emerged that the insurgents abducted a French Roman Catholic, Georges Vandenbeusch in northern Cameroon.

Vandenbeusch, who moved to the area two years ago, was reported to have repeatedly ignored warnings by the French authorities that the region was dangerous. The Boko Haram insurgents in Bdagu, Izge, Hartsa and Yazza villages in Gwoza, Damboa and Askira-Uba Local Government Areas of Borno State, ransacked houses and killed their victims just as several hundreds were displaced from their houses. About 40 houses were said to have been set ablaze.

An unconfirmed report said that three of the attackers were also killed when some neighbouring villages of Dille, Lassa among others mobilized and pursued the fleeing suspected terrorists to a nearby bush in the area.

A source said in Bdagu Community that the attackers had between Monday and Wednesday, this week stormed the affected villages in two Hilux vehicles, three buses and about 30 motorcycles armed with AK47 rifles, and going from house to house to kill, loot and burning some selected homes.

It was said that during the Bdagu night attack, about 40 residential houses and farmlands were burnt down by the sect members.