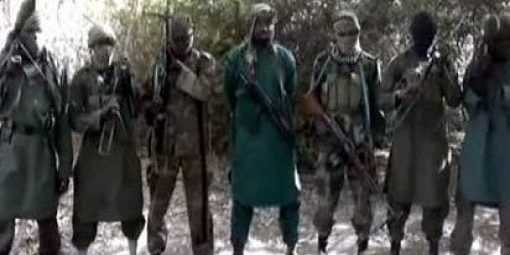 Boko Haram fighters today killed at least 70 soldiers in a fierce battle between insurgents and Nigerian troops for control of the towns of Bazza and Vimtim in Adamawa State. Vimtim is thehometown of Nigeria’s Chief of Defense Staff, Alex Badeh. In the battle, which is ongoing at the time of this report, Nigerian troops have killed more than300 Islamist militants.

A soldier who escaped from the fierce battle told SaharaReporters that the heavily armed Boko Haram militants used three helicopters to reinforce their ground attacks against Nigerian troops.The source said Nigerian soldiers fought gallantly and were able to stop the insurgents from capturing Vimtim. He added, however, that Nigerian troops had lost at least eight brand new Armored Personnel Carriers in the battle.

SaharaReporters is still seeking updates from Nigerian military sources in the battlefront.

In the past five weeks, Nigerian soldiers have maintained a consistent edge over Islamist insurgents operating in Nigeria’s northeast zone. The army has killed some high-level commanders as well as hundreds of their foot soldiers, captured numerous vehicles and tanks, and repelled a series of attempts by Boko Haram fighters to seize new territory in Borno and Adamawa States.