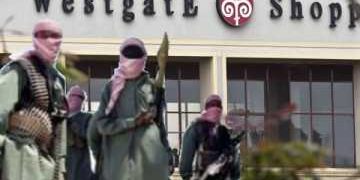 A report by a committee of the United States House of Representatives has linked the fundamentalist Islamist sect, Boko Haram, to al Shabaab, the terror group that carried out the September 21 Westgate Mall attack in Nairobi, Kenya.

Al-Shabaab is a Somali-based group whose members are said to be highly proficient in suicide bombing.

The report dated September 13, 2013 and entitled, ‘Boko Haram: Growing Threat to the US Homeland’, also acknowledged the growing relationship between the Nigerian sect and another terror group, the Al Qaeda in the land of the Islamic Maghreb.

The 39-page report noted that “while there is no evidence that al Qaeda’s core in Afghanistan and Pakistan commands Boko Haram’s operations, it is clear from the words of multiple US officials and media reports that Boko Haram is supportive of, and supported by Al Qaeda networks such as AQIM.”

It noted that “it is the unity of ideology and mutual hatred for the West between the Al Qaeda networks that exposes the danger Boko Haram poses to the U.S Homeland.”

The committee described Boko Haram as a “hardened and sophisticated terror network” that required multiple simultenous local and international efforts to enhance the capacity and capability of the the Nigerian Police and the military to curtail its activities.

It said there was an urgent need by the US to designate the sect as a Foreign Terrorist Organisation because it has shown no signs of ending its aggression against the government of Nigeria and the Western world.

The commiteee wrote, “The world is coming to know more about Boko Haram; their intentions, what they’re capable of, and who is supporting them.

“The US Intelligence Community is working to erase the gaps in our understanding of Boko Haram, but it is already evident they are a serious threat to US interests and potentially to the US Homeland.

”Acknowledging this threat publicly by designating Boko Haram an FTO will establish a legal mechanism for prosecuting any supporters within US jurisdictions.

“This is an increasingly important tool given their attempts to market themselves to a wider international audience.

“Boko Haram shows no signs of ending its campaign against the government of Nigeria and the Western world. Two years after their August 2011 bombing of a United Nations facility in Abuja, Nigeria, Boko Haram remains a threat to the international community, and continues to be a developing threat to the US Homeland.”

The report said that Boko Haram had “highly skilled bomb makers who might have received training from experienced militants elsewhere, potentially indicating a stronger relationship between them and AQIM or Al Shabaab.

It said that besides building sophisticated weaponry, it was now possible that Boko Haram had acquired or will acquire SA-7 and SA-24 shoulder-fired surface-to-air missiles.

The SA-7 missile is effective up to 1,300 metres, while some newer models reach altitudes of almost four kilometres. Although most aircraft cruise around 9,140 metres, the SA-7 could be used to target aircraft during takeoff and landing.

In the report, the committee warned, “It does not take much imagination to picture the threat these weapons would pose to commercial aviation in Abuja if they fell into Boko Haram hands.”

Out of the 20,000 such weapons in Libya, only 5,000 of them had been secured through a $40m US programme to buy up loose missiles during the fall of the Gadhafi regime. Most are believed to have found their way into countries that share common boundaries with Nigeria.

The committee acknowledged that the Goodluck Jonathan administration had taken some potentially promising steps in its effort to fight Boko Haram.

It said the appointment of Col. Sambo Dasuki (retd), a northern Nigerian Muslim, to the position of National Security Adviser on June 23, 2012, demonstrated Jonathan’s willingness to give northerners and Muslims a visible role in Nigeria’s struggle with Boko Haram.

“Dasuki has taken the lead in organising government’s fight against Boko Haram, and his background as a Muslim from the North may give him obvious and potent symbolic significance,” the committee said.

In spite of this, the committee observed that concerns regarding the capability of the Jonathan administration to effectively deal with Boko Haram remained prominent.

The committee said without foreign assistance from countries such as the US and the UK, the Nigerian government would almost certainly face a prolonged battle in neutralising Boko Haram.

According to the committee, the State Department, which has also engaged Nigeria through its African Coastal and Border Security programme, has focused its assistance on peacekeeping support, training, border and maritime security, and increasing military professionalisation.

But it lamented that in spite of the training, the “JTF continues to behave unprofessionally, and has been accused of human rights abuses by Human Rights Watch, among other entities, including the State Department’s most recent annual human rights report.”

It also warned that greater pressure must be applied to the JTF to abandon counter-productive and brutal tactics alienating northerners.

The committee said failure of the Secretary of State to designate the Boko Haram sect an FTO, was the ‘most obvious flaw in the US effort to combat it and prevent its expansion.’

It said, “If Boko Haram were to be designated an FTO, it would support US intelligence community efforts to curb the group’s financing, stigmatise and isolate it internationally, heighten public awareness and knowledge, and signal to other governments the US takes the threat from Boko Haram seriously.

“If Boko Haram is not designated an FTO, its potential threat to the US and its capability to attack the homeland would likely increase. It is therefore an urgent next step to take in fighting this growing al Qaeda affiliate in Nigeria.”

The committee further said as the number of attacks perpetrated by Boko Haram had increased in 2013, so had the attention paid to the group by the US.