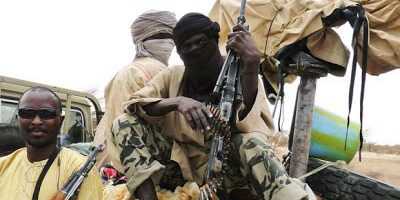 Strong indications emerged on Friday that members of the dreaded Boko Haram Islamic Sect might have infiltrated the ranks of the Borno Youth Vigilante popularly referred to as Civilian JTF.

Members of the youth group are aiding the efforts of the military in the ongoing campaign against the insurgent, especially in Borno State.

Investigations revealed that the military was worried about the development and had commenced discrete investigations into the activities of the youth group.

of the group to the release of information from the members of the group loyal to the sect.

But the Director of Defence Information, Brig. Gen. Chris Olukolade, said on Friday that there had been no concrete report on the claimed infiltration of the vigilance group by the Boko Haram.

Olukolade stated however that the military was careful and was not leaving anything to chance in their relationship with the group and its activities.

He said, “On this issue of the alleged infiltration of the youth group by the Boko Haram, I can tell you that there is no concrete report or evidence that Boko Haram members are among them.

“However, the military is careful and we are not leaving anything to chance concerning the activities of the group.”

It was learnt that the military investigation revealed that there was a high possibility that the members of the youth group loyal to Boko Haram were releasing information to the sect on the movement and activities of the group.

The panel was said to have been set up following the killing of 24 members of the group at a Boko Haram ambush at Monguno town on August 31, 2013.

The survivors of the attack said that out of the 100 who left for the operation to capture some of the insurgents in their camps at Kaleri, Shuwari, Maganari and Nannari villages in Mongonu, 36 were missing apart from the 24 confirmed dead.

It was learnt that the military had kept the group whose activities had led to the arrest of many of the insurgents under close watch.

Investigation further revealed that the Joint Task Force in Yobe State delayed acting on an application by Yobe youths to form a similar body in the state because of the developments around the civilian JTF in Borno.

It was learnt that the leadership of the military in the state who preferred to deal with neighbourhoods watch had requested for time to think about the applications before granting any approval where necessary.