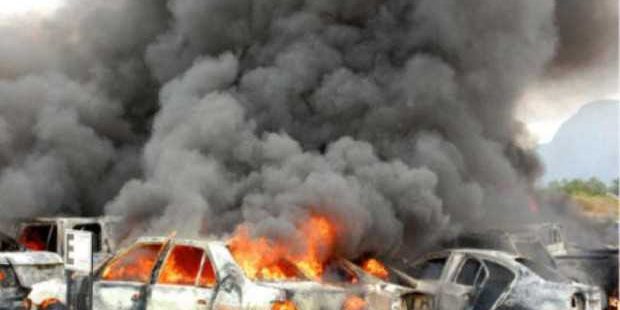 The militant Islamic sect, Boko Haram, has forced more than 1,000 teachers to flee from various areas in the northern part of Nigeria.

The group has also burnt 50 schools and forced 60 others to close in the northern part of the country.

An international human rights organisation, Amnesty International, which stated these on Friday in a report titled, ‘Keep away from schools,’ said that at least 70 teachers and 100 schoolchildren had been killed.

It said, “Education is under attack in northern Nigeria. Since the beginning of 2012, according to Amnesty International’s research, at least 70 teachers and over 100 schoolchildren and students have been killed or wounded.

“At least 50 schools have either been burnt or seriously damaged and more than 60 others have been forced to close. Thousands of children have been forced out of schools across communities in Yobe, Kaduna, Adamawa and Borno states.”

The group stated that many teachers had been forced to flee for their safety to other states.

“The highest number of attacks was in Borno State in the North-East. According to the Nigeria Teachers’ Union, more than 1,000 teachers have been forced to flee from areas in the North since 2012,” it said.

It said that because of the attacks, most schools in Bama, Baga, Jajeri, Umarari Garnam, Mai Malari, Mungono and Gamboru in Borno State were forced to close between February 2012 and June 2013.

The group called on the Federal Government to protect schools in the region, investigate the attacks and bring those responsible to justice.

AI added, “The Nigerian government is obliged, as part of its obligation under Article 13 of the International Covenant on Economic Social and Cultural Rights, to protect everybody’s right to education and to take measures that prevent third parties from interfering with the enjoyment of the right.”

It noted that the attack on schools had increased since the declaration of a state of emergency in Adamawa, Yobe and Borno states.

According to the group, since the beginning of 2013, attacks had been more brutal.

It said in some attacks, teachers were killed on school premises in full view of children, adding that in others, school buildings were set on fire.