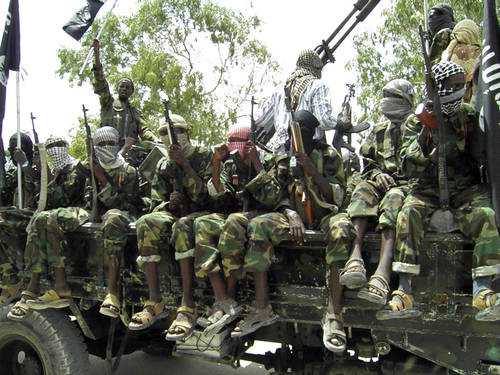 How Buhari, IBB, Atiku & Others Sponsor Boko Haram! – The Confessions of a repented terrorist revealed. Finally the whistle blower makes it known how the rattlesnakes roam wild in the so called Nigeria. Rattlesnakes are predators that live in a wide array of habitats, hunting small animals such as birds and rodents.

While terrorism and wanton acts of destruction go on unabated in Nigeria, another can of worms has been opened regarding the identities of the real sponsors of the deadly Boko Haram group.

Sheikh Haliru, a founding member of the dreaded jama’aful Ahlul sunna wal Liddawati wal Jihad also referred to as the Boko Haram sect who has since found a new faith made startling revelations recently when he named some well placed Nigerians as the financial backboneof the sect.

Sani Haliru who was born to a Nigerien father and a Nigerian mother grew up in Wulari, in Borno State where his mother hails from. Like most boys, he became an Almajiri at the age of ten and was trained for four years. At 14, he was sent to Kano where he studied at Sheikh Abubakar Gumi School of Arabic Studies. Apart from being studying at the feet of the popular Sheikh Gumi, Haliru prided himself as a mentee of the late Al Quaeda leader, Osama bin Laden. 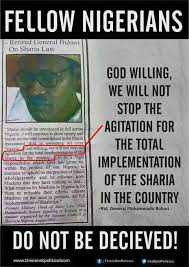 Incidentally, as revealed by Haliru, his new faith is in Jesus Christ who he hated and persecuted for 44 years. Before he became a born-again Christian, Haliru saw fire and blood as a jihadist.  Narrating his past experience, he said “I took part in the Kaduna riot of 1992 and in several northern states of Nigeria, but the state I operated more from was Borno, where I was the State Commander/Chief Strategist.

In the early months of May 1986, I was among the 36 Jihadist hardliners, who went on a rampage to attack Christian students of the University of Sokoto. In that same week, the Federal Government of Nigeria under the leadership of General Babangida mobilized us and provided some military vans and Army uniforms which our men used and started killing innocent and defenceless Christians all over the Northern states. I and the son of the Emir of Kano, who is now a Christian by name Rev. Paul Ado Bayero, were among the Muslim fanatics who pulled down the sculpture of Jesus at the University of Ibadan .

The following year, March 5, 1987 to be very precise, the “Evil Genius” General Ibrahim Badamasi Babangida secretly armed us through one of his close aides by the name of Captain Hassan Abubakar (now a Pastor with a fast growing church in Lagos). We went to go and kill some targeted Christians including Rev. Nuhu Kure (Throne room founder) after the destruction we committed at the College of Education in Kafanchan, Kaduna State And of recent, I was the leader of the team of soldiers of Allah that destroyed Church buildings and properties in Bornu State”

The former jihadist claimed to have been to eight different countries namely Sudan, Pakistan, Saudi Arabia, Yemen, Libya, Somalia, Egypt and Niger Republic. And when he was asked if he received any training in those places, he disclosed that he was trained as an Attack Strategist in Libya and Pakistan alongside Nigerians and non-Nigerians alike. One of the proofs of the training as he disclosed was a mark which he carries with him till date. The mark is in form of a sword held in a hand. That is regarded by those who went through the training as the “license to kill for Allah”.

When Sani Haliru was asked about the identities of the fellow Nigerians who were his course mates in Libya and Pakistan, he said “they are scattered all over the country and we were not too many then”. He however gave a few names, those he mentioned included Ali Baba Nur, Asari Dokubo, Jasper Akinbo, Mohammed Yusuf, Salisu Maigari, Danlami Abubakar, Cletus Okar, Ali Qaqa, Maigari Haliru and Asabe Dantala. He spoke further that Asari Dokubo of the Niger Delta People’s Volunteer Force was a year ahead of him in the Libyan training camp in Benghazi.

But who financed the training in Libya, Haliru was asked. From his response, it was obvious that the person was obviously a highly placed Nigerian as he said “you will not believe me and only God will judge the Chief sponsor of terrorism in Nigeria whose name I will not mention because he is so powerful and even the president of Nigeria, Goodluck Jonathan, is so much afraid of the man”.

And to prove that he harbours no fear about unveiling his sponsor, the erstwhile extremist dropped the bombshell. He said “the man is no other person than the man they call IBB. As I am talking to you now, General Ibrahim Badamosi Babangida has more than 600 men and women Jihadists on his payroll. They are scattered all over the Country and he can use them to destroy Nigeria”. He disclosed that the former military President still has his agents in the Nigeria Army, the Police, the Air Force and in strategic economic positions.

He alleged that Babangida’s loyalists can still be found in top political positions, in the National Assembly, in both the print and electronic arms of the media and even in Aso Rock, Nigeria’s seat of power.”

While describing General Babangida’s influence, the repented Boko Haram pointman revealed that he attempted to divulge some of the information at his disposal to the State Security Service, he however said it was the unimaginable that happened. “I was arrested and detained for two days because IBB’S men are so many in SSS  as well. After I was released by the grace of God, they (the Police) warned me never to blow up the polity or provoke violence and I should keep my so-called-born-again with me or else I will go to jail”, Haliru said.”

He also gave indications that IBB might not be alone in financing terror in the country as he alleged that he has the names of six traditional rulers and seven present and former Governors as well as several top military and security officers who are co-sponsoring the Boko Haram sect. Speaking further, he said “I have documented evidences to prove that General Mohammadu Buhari, Alhaji Abubaka Atiku and other top politicians and traditional rulers are some of the people behind Boko Haram”. 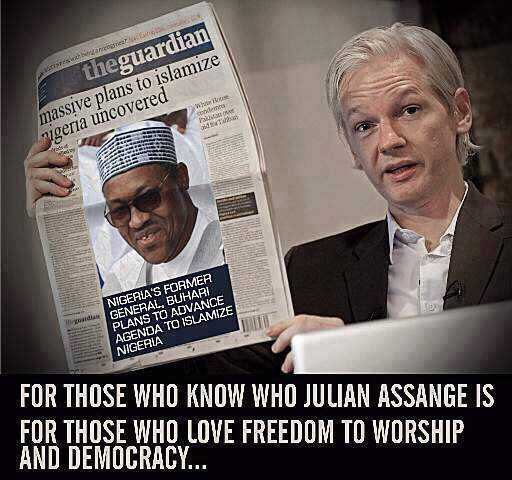 When Haliru was asked if it meant that General Babangida, the Muslim traditional rulers and Governors that he accused of sponsoring Boko Haram to kill Christians and burn churches in the North are not aware of the passage in the Qur’an that says there must not be compulsion in Islam as Mohammadu Buhari asserted in a widely publicized interview on Saturday, the 21st of April, 2011, Haliru’s reply went on to reveal more. “: I have worked so closely with Mohammadu Buahri for five years, and I can prove it that General Buhari is the most notable outspoken jihadist hardliner in Nigeria who is also strategically sponsoring Boko Haram”, he said. He said with Buhari;s statement, it was evident that the former Head of State was being hypocritical. He based his submission on Surah Al-Baqarah Chapter 2:195, it is written here that you must use your wealth to champion Jihad of all kinds or else destruction is waiting for such a person on the last day.

Haliru also indicted Governor Isa Yuguda of Bauchi State as an ally of the Boko Haram sect. Narrating his experience when he was arrested and detained years ago, Haliru said “ soon after my immediate boss Mohammed Yusuf was killed in 2009,  about 23 of us were arrested in one of our hideouts in Bauchi. But when Governor Isa Yagiuda heard about it, he immediately arranged for me to be free. Even before his official broadcast in 2010 that he was using his position as the executive Governor of Bauchi State to free 28 prisoners from Bauchi Central Prison, I was already a free man along with several of my colleagues”.