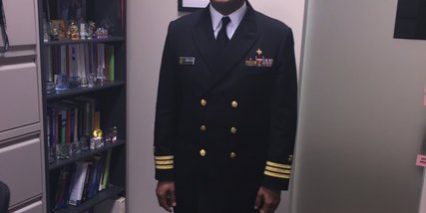 The body of a Centers for Disease Control and Prevention employee who went missing two months ago was found in a river in Atlanta on Tuesday, the authorities said on Thursday.

In February, the authorities announced a $10,000 reward for information leading to an arrest and indictment in the disappearance of Timothy J. Cunningham, 35. But on Thursday the authorities said there did not appear to be any signs of foul play in his death.

“Right now the preliminary cause of death is drowning, but the investigation is still open,” Dr. Jan Gorniak, the chief medical examiner of Fulton County, said at a news conference. “We do not have a manner of death or whether it is an accident or suicide or anything other than that.”

Mr. Cunningham was last seen leaving work on Feb. 12 after telling colleagues he did not feel well.

His body was spotted on Tuesday in a remote area of the Chattahoochee River by a group of fishermen who called 911, Michael O’Connor, an Atlanta Police Department commander, told reporters. He was still wearing his favorite running shoes, raising the possibility that he had been jogging before his death.

But Mr. O’Connor said the circumstances of Mr. Cunningham’s death might never be known.

A team of divers recovered Mr. Cunningham’s body in a part of the river that was “very difficult terrain” and “very difficult to access,” said Sgt. Cortez Stafford, a spokesman for the Atlanta Fire Rescue Department. He said divers had previously searched the area and found no indications that a body might have been present.

Mr. O’Connor said Mr. Cunningham left his wallet, cellphone and all forms of identification at home before he left on the night of his disappearance and was found with only three gemstones in his pocket. Dr. Gorniak said he was identified using dental records.

Mr. Cunningham had two degrees from Harvard’s School of Public Health, according to the C.D.C.’s website, and had been deployed to work on overseas public health emergencies like the outbreaks of Ebola and the Zika virus.

He was selected as one of The Atlanta Business Chronicle’s 40 Under 40 Award winners, and his family said he had been promoted to commander in the United States Public Health Service in July.

California Family Gets $1.6 Million After 3-Year-Old Was Scarred by Bedbugs
4th April 2018