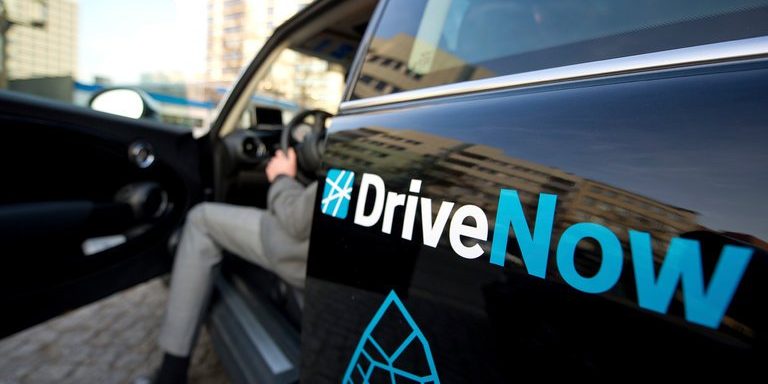 FRANKFURT — The German carmakers Daimler and BMW said on Thursday that they will merge their car-sharing businesses as they try to compete better with Silicon Valley companies out to upend the traditional automotive industry.

Daimler, the maker of Mercedes-Benz cars, and BMW said they would put their respective mobility services — an array of apps and services that provide transport options for people who may not own cars — into a joint venture in which they will own equal shares.

The alliance is a major departure for BMW and Daimler, longtime rivals for the affections of affluent car buyers. Along with Volkswagen’s Audi division, the pair dominate the global market for luxury vehicles. Still, they are in danger of being overwhelmed by the superior financial firepower of new competitors from the tech world. Alphabet, Google’s parent company, which has invested in autonomous car technology, has a stock market value 10 times Daimler’s.

In addition to BMW’s DriveNow and Daimler’s Car2Go, which are like rental agencies but allow customers to book on short notice and use cars for brief periods, the agreement announced on Wednesday includes services that help customers hail taxis, find parking spots and charge electric vehicles.

“As pioneers in automotive engineering, we will not leave the task of shaping future urban mobility to others,” Dieter Zetsche, the chief executive of Daimler, said in a statement.

Virtually all major carmakers in Europe, in the United States and elsewhere are trying to remake themselves into “mobility companies” that do more than just mass-produce vehicles. But it is still an open question whether traditional automobile manufacturers can be as agile and technologically savvy as Silicon Valley companies, like Uber and Google, that are trying to change the very meaning of car ownership — and often have much greater financial resources.

Thus far, old-line car companies have struggled to make money with new services like car sharing. DriveNow, a car-sharing business offering a fleet of BMW and Mini cars for customers in Europe, lost 34 million euros, or $42 million, on sales of €142 million in 2017, according to BMW’s annual report.

By putting aside their longtime rivalry and merging their digital operations, BMW and Daimler hope they will be in a better position to compete with companies like Zipcar, a unit of Avis Budget Group that is the largest car-sharing service in the United States, as well as bigger threats like Uber.

The two companies did not disclose the financial terms of the deal. Both said the merger, which must be approved by regulators, will have a slight positive effect on 2018 earnings.

The businesses that will be put into the new joint venture, which does not yet have a name, include:

■Daimler’s Car2Go, which has a fleet of 14,000 vehicles in North America, Asia and Europe and claims to be the largest flexible car-sharing service in the world. Combined, Car2Go and BMW’s DriveNow will have four million users, the companies said.

Daimler and BMW “remain competitors when it comes to the best premium vehicles,” Harald Krüger, the chief executive of BMW, said in a statement. He added, “The planned merger of our mobility services will pool our resources and sends a strong signal to our new competitors.”