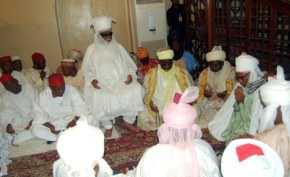 Human rights activists have asked northerners to hold their leaders responsible for the insurgency in the region.

They blamed the uprising in the region on the under development of the region by successive Nigerian leaders from the North.

The Executive Chairman, Coalition Against Corrupt Leaders, Mr. Debo Adeniran, described the current attacks by Boko Haram as an attempt to redress the social injustices meted out against its members and the downtrodden in the North.

Adeniran said the insurgents were expressing their anger over the inequitable distribution of wealth and exclusion from political power.

Adeniran, one of the activists who spoke with our correspondent in an interview on Friday, said many of those who had taken up arms against the state had been pushed to the wall, leaving them with no other option than to retaliate.

Adeniran said, “We had taken that position long ago that the lopsided distribution of wealth in this country leads to pervasive anger. It is expected that when people are pushed to the wall, they either retaliate or succumb to the oppressing rulers.

“The situation in the North is sympathetic; 99.9 per cent of beggars in Nigeria come from that section of the country, despite the fact that the section has also produced 99 per cent of heads of state in Nigeria – including former President Olusegun Obasanjo, being a candidate of the northern hegemony.”

According to him, many people in the northern region feel cheated by their leaders who enjoy functional education and political privileges but confine the masses to nomadic or Arabic schools.

The human rights activist stated that this was what angered the insurgents when they realised that they had been excluded from the privileges of education and political power.

Adeniran said, “The mass of ordinary people in that region have been short-changed by their leaders who have failed to use the wealth that accrues to the region to provide functional education and other amenities that could have benefitted the people.

“They might also have reasoned that it is also the elite’s children and their children’s children who continue to have access to power and wealth in that section of the country.

“In view of this, these extremists could also have wondered why the poor people are limited to Arabic schools, while their political class and their children enjoy Western education. They also discovered that the Islamic education bequeathed to them does not adequately prepare them to aspire to become political leaders. Evidently, an uprising had always been in the making. The inequitable distribution of wealth in the North is staggering and inexplicable.”

Similarly, the President, Campaign for Democracy, Dr. Joe Okei-Odumakin, said the prevalent injustice in the country had driven many Nigerians to take desperate measures.

Okei-Odumakin said, “Maybe they are now being used as political tool or as underlings for any kind of interest or as tentacles for other terrorist missions; those could only be result of after-use because they have now become strong enough to shake the country.

“Before they became any of these, if they are, they were only agitating against injustice –extrajudicial killing of one of them, and that was enough to provoke grief. Injustice is a great tonic for anyone to develop hatred against the State. My utmost worry is that defenceless souls and innocent, poor citizens are mostly victims.”