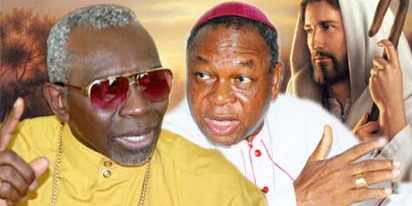 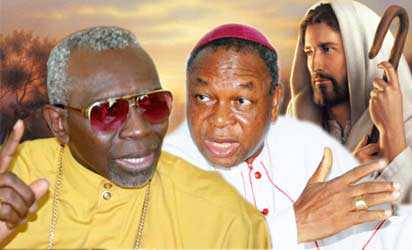 Delta State, has told the Sultan of Sokoto to blame the Boko Haram insurgency on religious institutions in the North and not the administration of President Goodluck Jonathan.

The Sultan was reported to have said that Boko Haram was an offshoot of the injustice meted on the North by the President Jonathan administration.

The chapter, in a statement by its Chairman, Rt. Rev Diamond Emuobor,  at the end of its quarterly meeting, said: “The debacle of Boko Haram insurgency is wrapped in a Jihadist designation, but deceitfully tagged as a political misrule agitation.

“The Sultan of Sokoto’s address at the national prayer event recently said that Boko Haram is an offshoot of the injustice meted on the North by Goodluck Jonathan’s six years administration.

“When at independence, the North had nine secondary schools compared to the 109 in the South, was the Jonathan administration to blame?  What can six years administration do in a nation, compared to the 38 years of Northern element’s seizure of the Nigerian state? Blame the religious institutions of the North, and not the Nigeria state as more northerners have held leadership position in the country than any other region. Could the Almajiris, who are the offshoot of lslamic religion be said to have emanated from the six years administration of Goodluck Jonathan?”