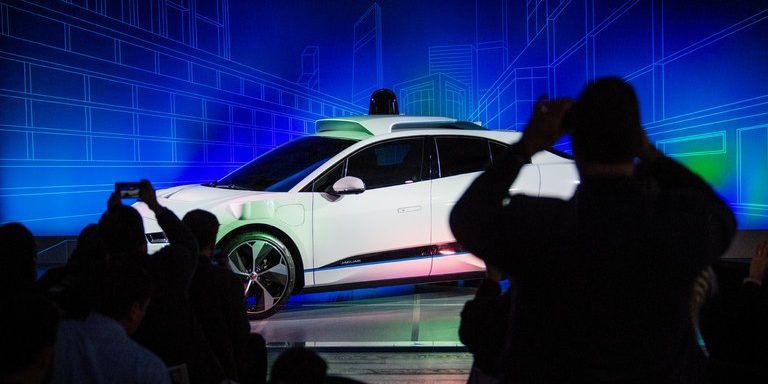 One perk — or hazard, I suppose — of being a technology writer for the past few years has been getting invited to ride in a bunch of autonomous vehicles. I’ve been shuttled around in nearly a dozen self-driving prototypes, including a Ford in Michigan, an Uber in Pennsylvania and a Chrysler minivan in the California desert.

Whenever anyone asks what it’s like to ride in self-driving cars, my reply is: “Which self-driving cars?” Casual observers tend to talk about the progress of autonomous vehicles as if they’re a homogeneous category, but there is an entire spectrum of capability and safety. I’ve had calm and boring drives, and terrifying white-knuckle trips. The best results aren’t always from the companies with the most money or the most sophisticated marketing campaigns.

There was continued fallout from the fatal accident this month involving a self-driving Uber vehicle in Arizona, including a blockbuster story from my colleague Dai Wakabayashi about Uber’s struggles to get its self-driving cars ready for the market. Since the crash, Arizona officials have ordered Uber to suspend its autonomous vehicle testing program in the state, and Uber is not renewing its permit to test self-driving cars in California. In addition, Lior Ron, an executive who led Uber Freight and was involved in the company’s early self-driving efforts, is leaving the company.

As Uber’s autonomous driving program stalls out, Waymo — the self-driving car division of Alphabet, Google’s parent company — is shifting into overdrive. (Sorry about the car puns — it’s an occupational hazard.) The company announced this week that over the next two years it would order up to 20,000 electric vehicles from Jaguar Land Rover for use in its consumer self-driving car service.

As my colleague Neal Boudette noted, Waymo’s announcement showed that the company has “an audacious vision that goes far beyond even the most optimistic plans of its rivals.” Waymo says that by 2020 — that is, two years from now — its fleet of self-driving Jaguars will be doing as many as a million trips per day.

Self-driving car companies are notorious for overhyping their progress. But the Waymo announcement, complete with specific timetables, cost projections and firm indicators of fleet size, is a really, really big deal. As Alexis Madrigal wrote in a piece for The Atlantic, if Waymo is within even 50 percent of a million daily rides in two years, “the United States will have entered an entirely new phase in robotics and technology.”

It’s unclear if Uber’s tragic accident in Arizona will have a broader effect on the autonomous vehicle industry. There could be a regulatory backlash that would hamper all self-driving projects, regardless of progress. Manufacturers could decide to be extra cautious when it comes to rolling out their projects on public roads, in order to avoid a worst-case scenario.

But if Waymo’s announcement is an indication of where the rest of the self-driving car industry is heading, we shouldn’t expect too much of a slowdown. Autonomous vehicle manufacturers believe, with reason, that keeping their test vehicles on the road is a public health issue. The sooner they get safe self-driving cars to the masses, they say, the sooner we can avert some of the nearly 40,000 traffic deaths that happen in the United States every year.

That means, unfortunately, that more accidents are inevitable — and underscores the importance of creating a reliable standard to measure the technological progress of self-driving car projects. But it also means that the self-driving future could arrive, from Waymo or someone else, sooner than most people think.

Kevin Roose writes a column called The Shift and is a writer-at-large for The New York Times Magazine. You can follow him on Twitter here: @kevinroose.