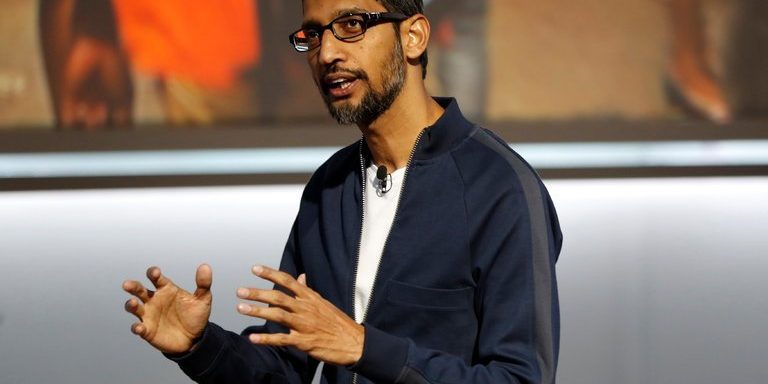 It’s hard to imagine now, but at one point, long ago, Facebook did not monopolize the entire tech news cycle — a heady and innocent era when you could read an entire day’s news without encountering the words “Cambridge Analytica” or “third-party developers.”

I confess that, like many of you, I have been obsessed with the fallout from Facebook’s latest privacy scandal, to the point that I had a stress dream that I overslept and missed covering Mark Zuckerberg’s testimony on Capitol Hill next week. (Related: I need to get out more, and possibly take up yoga.)

But despite the wall-to-wall news of the past few weeks, lots of important things are happening in the tech world that don’t involve Facebook. So let’s run down a few of them?

Google and the Pentagon

I thought this article by Scott Shane and Daisuke Wakabayashi, about thousands of Google employees who are protesting the company’s involvement in a Pentagon A.I. program, was fascinating on a number of levels.

First, it’s an unusually clear example of the double-edged nature of artificial intelligence. Google has spent billions of dollars teaching computers to play Go, drive cars and translate languages on the fly. The company has been extremely proud of its advances in machine learning, even releasing some of its tools to the public via open-source frameworks like TensorFlow, which provides a fascinating contrast to what’s happening inside the company now. When its image-classification algorithms are used to spot tumors on radiology scans, Google puts out a press release, and engineers cheer. But when these same types of algorithms are used by the Pentagon to improve the accuracy of drone strikes, it’s a moral outrage.

Yonatan Zunger, a former Google engineer, had an interesting op-ed the other day in The Boston Globe about the “reckonings” that various scientific fields have undergone, as the scientists who develop powerful tools begin to see how those tools can be used for evil purposes. He used the examples of the atomic bomb, which forever changed the way that physics was taught in universities, and dynamite, which made chemists aware of the consequences of their expertise. It’s not hard to see A.I. as a similar kind of turning point for computer scientists — and if it is, the Google-Pentagon issue might be the first of many similar fights.

Second, the Google-Pentagon incident is a revealing story about the leverage that Silicon Valley engineers have over their companies. Because the labor market for engineers in the Bay Area is so tight, and because companies live and die on their ability to attract and retain talent, these employees have much more say in how a company like Google governs itself than, say, regulators or outside activists. If an antiwar group protests outside Google’s headquarters, it’s an annoyance. But if 3,000 engineers walk out, it’s a crisis. And as the tech industry goes through its moral reckoning, executives of these companies should bear in mind that their biggest risk isn’t regulation, it’s rebellion from within.

Amazon and the Postal Service

I’ve also been following the feud between Amazon and President Trump this week, which has led to a bull market for explainers about the business models of the United States Postal Service. My colleague Nick Wingfield wrote that, contra President Trump, the available evidence suggests that “Amazon has been a boon to the Postal Service.” But Vox’s Jen Kirby added that, because the exact details of the contract between Amazon and the Postal Service aren’t known, it’s possible that President Trump is partly right: “Maybe the U.S.P.S. isn’t actually making the best deals.” Meanwhile, Matt Stoller, a fellow at the Open Markets Institute, says President Trump is “actually right” that Amazon is ripping off the federal government through its U.S.P.S. contracts.

I’m a nonexpert on the subject of parcel shipping, so my opinion on Amazon’s the -U.S.P.S. probably isn’t worth one first-class stamp. But it’s possible, and maybe plausible, that all of these analyses are partly correct — that the Postal Service benefits from Amazon’s dominance, and that Amazon is getting a sweetheart deal that should be re-examined. Anyway, Amazon’s stock dipped sharply after President Trump started tweeting angry things about it, but it has now recovered to its pre-tweetstorm levels, meaning that investors may be as confused as I am.

Last, and most obvious, the horrific shooting at YouTube on Tuesday, which injured three people and left the company badly shaken. As more details have emerged on Nasim Najafi Aghdam, whom the police have identified as the attacker, it has become increasingly clear that this was a new kind of violence — an act of revenge by an internet creator against the platform that she felt controlled her economic destiny. As my colleagues Nellie Bowles and Jack Nicas wrote, “Ms. Aghdam’s complaints echoed what a wide range of YouTube posters — from self-described animal rights activists like her to right-wing political provocateurs — have increasingly been protesting over the last year.”

It’s a tragic reminder that social platforms aren’t just websites anymore. They’re powerful economies unto themselves, and even seemingly minor policy decisions can alter the lives of millions of people, a few of whom might be disturbed enough to act on their darkest impulses.

Kevin Roose writes a column called The Shift and is a writer-at-large for The New York Times Magazine. You can follow him on Twitter here: @kevinroose.