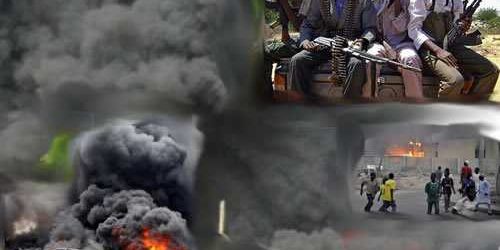 The Anglican Church in Nigeria has called for capital punishment for members of the Boko Haram sect.

The Bishop of Kubwa Diocese, Rt. Rev Duke Akamisoko, said this in an interview with SUNDAY PUNCH on the sidelines of a press briefing to herald the forthcoming Synod meeting of the Church.

According to him, until President Goodluck Jonathan mustered the courage and political will to deal with the people behind the group, the killings will not stop.

He said, “If you kill, the simple thing is that you must also be killed. Don’t take life because life is too precious. Capital punishment for Boko Haram members is well supported. Do you expect that if you kill, you will be compensated? No, not at all; it is biblical. I am not talking about Nigerian constitution or human rights. I am talking of the Bible that I read. If you kill, you will be killed.”

Akamisoko said neither the proclamation of emergency rule in some parts of Northern states nor the amnesty declaration would end the menace.

He suggested that rather than “wasting energy and public funds into amnesty and emergency rule that would not work, the President should arrest the big men sponsoring the group.”

According to him, since government has the list and data base of those behind Boko Haram, it only needed to “arrest and bring them to book.”

Akamisoko said, “Everything has not been done; there are countries that have tackled this security problem and nipped it in the bud. Emergency rule and granting of amnesty is not the solution to the problem. The problem is that there are big people behind our security problem. The government is aware but they are left to work freely.

“They are neither spirits nor angels. With the knowledge of security studies, government has the list and the data base of the big men that want to scuttle the government of Jonathan. The overnment should have the courage to bring these people to book.”

While condemning the mindless killing of people in the name of religion, he said such act was not tolerated even in predominantly Muslims countries.

The cleric stressed that it was important that the government summoned the courage and the political will to tackle the problem headlong.