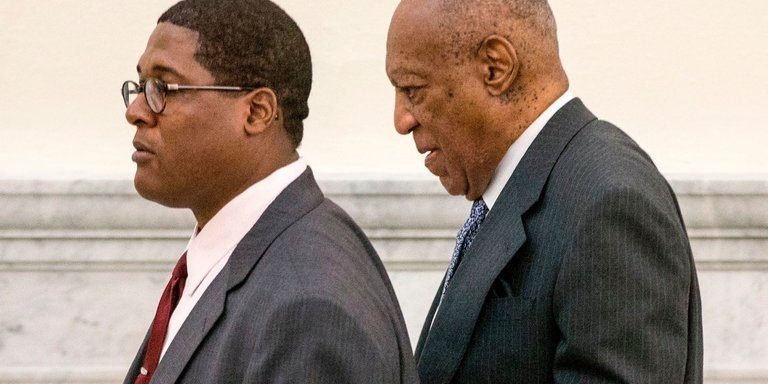 NORRISTOWN, Pa. — In a major victory for Bill Cosby, the judge in his sexual assault trial ruled Tuesday to admit testimony from a Temple University academic adviser who says that Mr. Cosby’s central accuser, Andrea Constand, told her she could make money by falsely claiming that she had been molested by a prominent person.

Judge Steven T. O’Neill of the Montgomery County Court of Common Pleas had barred the testimony of the administrator, Marguerite Jackson, 56, an adviser in Temple’s Boyer College of Music and Dance, during Mr. Cosby’s first trial, which ended with a hung jury last summer.

That ruling came after Mr. Constand, a former staff member for the Temple women’s basketball program, testified in the first trial that she did not know Ms. Jackson. But in recent weeks, Mr. Cosby’s defense had brought forward additional evidence that the two women had had some contact. That evidence includes interviews with Karen Williams and Pamela Gray, former colleagues of Ms. Constand’s at Temple who said Ms. Constand knew Ms. Jackson.

Ms. Constand’s credibility is expected to be a prime focus of the defense, as it was at the first trial, where she testified at length that Mr. Cosby had drugged and then assaulted her at his home outside Philadelphia in 2004.

Mr. Cosby, 80, and among the best-known graduates of Temple, faces three charges of aggravated indecent assault of Ms. Constand. He has said the sexual contact was consensual.

Prosecutors say Ms. Constand is just one in a line of women who Mr. Cosby assaulted after giving them some kind of intoxicant. Dozens of women have come forward in recent years with such accounts, and Judge O’Neill agreed last month to allow five of them to testify. Prosecutors say the testimony will buttress their contention that the encounter with Ms. Constand was part of a pattern of predatory behavior by Mr. Cosby.

At the first trial, only one other woman was allowed to testify alongside Ms. Constand.

Mr. Cosby’s lawyers have said they intend to show with Ms. Jackson’s testimony that Mr. Cosby was the victim of someone who hatched a plot to siphon money from a rich entertainer.

In another ruling Tuesday, Judge O’Neill said jurors would be able to hear about the lawsuit settlement reached between Ms. Constand and Mr. Cosby in 2006 in which Mr. Cosby paid her a financial sum related to her complaint of sexual assault. The payment amount has been kept confidential for more than a decade but can now be revealed at trial.

But Judge O’Neill said that the negotiations that led to the civil settlement would not be disclosed. Prosecutors had wanted to include what they said were Mr. Cosby’s demands that he be released from criminal liability and that Ms. Constand be barred from cooperating with the police — a stance, prosecutors said, that was inconsistent with a person saying he was innocent.

Representatives for Mr. Cosby and for Kevin R. Steele, the Montgomery County district attorney, had no comment on the rulings, which came on the second day of jury selection for the trial, scheduled to start next week.

Judge O’Neill said his decision about Ms. Jackson was “subject to further rulings by this court in the context of trial, specifically, following the testimony of Andrea Constand” — suggesting the decision could be reversed depending on Ms. Constand’s testimony.

In an affidavit filed with the court, Ms. Jackson, who has worked for more than 30 years at Temple, said she traveled with the women’s college basketball team as an adviser and sometimes shared a room with Ms. Constand in the early 2000s. At the time, Ms. Constand was the team’s operations manager. Ms. Jackson said on a trip to Rhode Island during that time they watched a TV news report together about a prominent person who had drugged and sexually assaulted women.

Ms. Constand responded to the TV report, Ms. Jackson said, by saying at first that something similar had happened to her. Then she said she had not actually been assaulted but that she could make a lot of money if she told the authorities that she had been, according to the affidavit.

“I could say it happened, file charges and get money to go to school and open a business,” Ms. Constand said, according to Ms. Jackson’s account.

When she saw the news about Ms. Constand and the current criminal charges against Mr. Cosby, Ms. Jackson said in her affidavit, “I felt Ms. Constand was setting up a celebrity just as she told me she was going to do.”

Prosecutors and defense lawyers had fought over the inclusion of Ms. Jackson’s testimony at pretrial hearings.

Becky S. James, a lawyer for Mr. Cosby, said at a pretrial hearing: “Ms. Constand reveals to Ms. Jackson her own mind-set. In addition, she has since changed her testimony, that she now knows Jackson. This goes to the bias and motive of the prosecution’s main witness.”

“The commonwealth has made a lot of arguments about the reliability of Ms. Jackson,” Ms. James added, “but she has no reason to lie.”

Although the defense has argued in court papers that Ms. Constand now acknowledges knowing Ms. Jackson, the basis for that contention has not been made public. Prosecutors have questioned why Ms. Jackson did not speak up on this matter until a decade after Ms. Constand first went to the police.

“When you are talking about state of mind, you are not talking about broad statements,” Ms. Feden said. “She didn’t talk about Bill Cosby.”

Ms. Feden said that the judge ruled against admitting Ms. Jackson’s account in the first trial because it “did not come close” to identifying a time frame.

Lynne M. Abraham, a former Philadelphia district attorney and judge, said Judge O’Neill seemed to be trying to give each side an opportunity to present relevant evidence.

“That is extremely powerful and important,” she said of the inclusion of Ms. Jackson’s testimony. “It’s a delicate balancing act. It’s on a jeweler’s scale. You are trying to balance either side.”

Dennis McAndrews, a Pennsylvania lawyer, said the inclusion of the financial settlement in the civil case “cuts both ways.”

“On the one hand, the defense will make it appear that her motive in the entire process in the criminal and civil cases was financial,” he said. “The flip side of that is the jury will consider why would someone who is innocent pay a large amount of money if they truly did nothing wrong?”