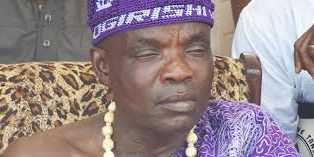 ELDERS  of the South Eastern states  are perturbed by the criminal acts in various communities and towns in the region  which had made them draw the conclusion that it was because their kinsmen who died during the Nigeria/Biafran civil war were not given proper burial rites.

In a meeting of the South Eastern elders and traditional rulers on Wednesday, at Rojeny Sports Centre, Oba, Idemili South Local Government Area of Anambra State, they arrived

at a conclusion that all the wandering spirits of  the deceased  civil war victims  of South- East,  were influencing youths of today in the area to engage in criminal acts.

They said that this is because they were not given befitting burial according to Igbo tradition, adding  that their spirits were so angry that they had possessed many youths of today in the region and always push them into criminal acts.

In his comments, a prominent Igbo leader,  Ronmy Ezeonwuka, who spoke to newsmen after the meeting, said the spirit of these Igbo youths ,who went to fight for their father land voluntarily and died in the process, were angry that their brothers and sisters whom they fought on their behalf had forgotten them and do not even care to give them befitting burial.

While receiving the elders and traditional rulers from the South- East ,after the meeting, the Royal Father of  Nri ancient kingdom, traditional ruler and Head of Njiko-Umu-Nri, Eze Obidiegwu Onyesoh, upheld the unanimous decision of the elders of the South- East, to have mass burial rites for those South -East extraction youths ,who died during the  civil war.
ADVERTISEMENT