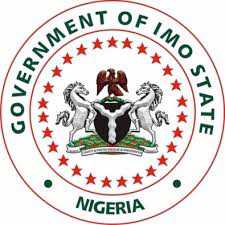 Others include four IEDs and one rocket launcher recovered by Imo Command SIB, five electro-magnetic old wartime bombs and six hand-held grenades recovered from a road construction site in Orlu, old wartime military bombs and two exploration bullets found in Egbema in Ohaji/Egbema Local Government Area, four primed IEDs and one hand-held grenade recovered from a vehicle abandoned by armed robbers along Okigwe road, Owerri and bags of gun powder. Addressing newsmen at the Police Command Headquarters in Owerri, the Commissioner of Police, Mohammed Katsina, said the recoveries were in continuation of the onslaught on crime and criminals in the state, adding that the explosives were recovered by his “Operation Sweep,” formed to cleanse the entire state of deadly explosives.

“We are determined to sweep and cleanse Imo State of explosive ordinance, like bombs and other Improvised Explosive Device including components and weapons buried during the Nigeria-Civil war,” he stated.

The police boss said some of the bombs had been detonated, adding that apart from the five local government areas, the operation would continue across the state.

He further revealed that some explosives were recovered from hoodlums, who had engaged the police in gun battle.