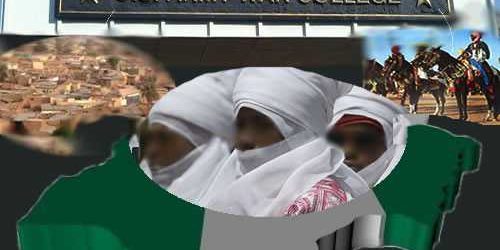 A new report entitled ”Nigerian Unity in the Balance” authored for the United States Army War College has, again, warned Nigerian leaders to beware of another civil war or an outright break-up following what it called ongoing divisive trends in the country.

According to the report, “Parochial interests created by religious, cultural, ethnic, economic, regional, and political secessionist tendencies are endemic in Nigeria. Under such stresses, Nigerian unity may fail.

“Should Nigeria’s leaders mismanage the political economy and reinforce centrifugal forces in Nigeria, the breaks to create autonomous regions or independent countries would likely occur along its previously identified fault lines,” the report warned.

“Having already experienced one brutal civil war, Nigeria is at risk for a recurrence of conflict or dissolution, especially since some of the underpinning motivations of the war remain unresolved,” the report observed, detailing many fault lines speeding up disintegrative tendencies in the country.

“Indeed, East Timor, Eritrea, Croatia, and Somaliland indicate that the weakest point of failing states is along colonial borders. Of more interest for Nigerian unity is that this may also occur between regions separately administered by a common colonial power, as occurred between Malaysia and Singapore, and North and South Sudan, where differences proved irreconcilable after the departure of British administration. At least, some of the resulting regions and states of a possible Nigerian devolution may divide along such internal lines”, the report projected.

While conceding that Nigeria’s fate is primarily in the hands of Nigerians, the report noted that such could be positively affected by actions of the US, adding that “Nigeria’s future is in balance and the United States should help tip the scales.”

The report particularly warned that religious differences were taking the centre-stage in the emerging conflict situation in the country, disputing repeated reports that economic reasons were to blame for the insurgency and other conflicts in the country.

The Strategic Studies Institute (SSI) is part of the U.S. Army War College and is the strategic-level study agent for issues related to national security and military strategy with emphasis on geostrategic analysis.