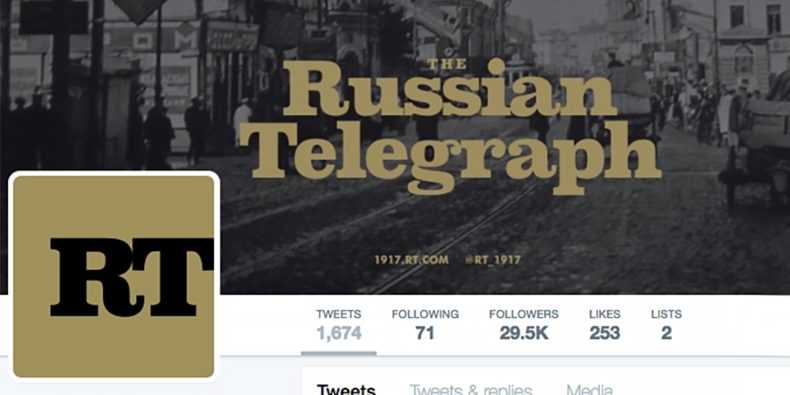 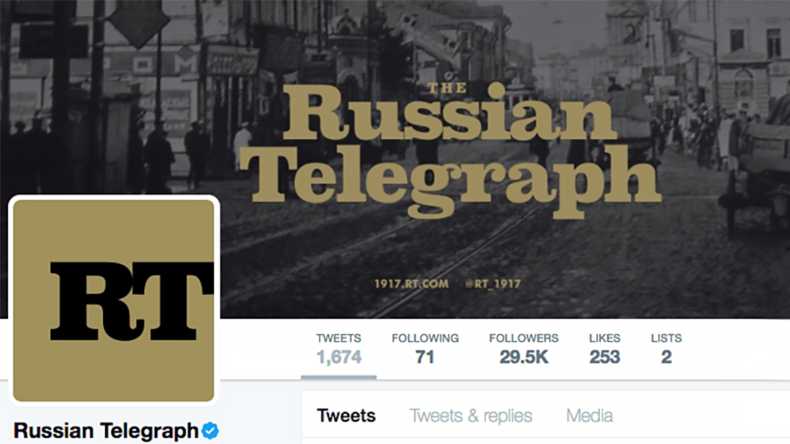 This would not have been possible without our many loyal readers inhabiting fascinating real-life characters as we march onwards.

Whoever is running the #1917LIVE@RT_1917 Russian revolution retelling is doing a stunning job with a Twitter cast of hundreds.

The #1917Live tweets from @RT_1917 & associated accounts are doing a great job retelling the story of the revolutions.

This self-contained world has taken on a life of its own over the past four months, attracting project from near and far. Giving people a window into Russian history that goes beyond your typical history class has always been the aim.

I assume we’re all already following #1917LIVE because it is SO AWESOME and eye-opening and weirdly timely https://t.co/lgNAwWjZLz

Even we, the creators, are often surprised by the humorous exchanges taking place between key historical figures – Russian, French, German – something that could never have happened in real-life 1917. One can only imagine all the tensions that could have been diffused with Twitter at the dawn of the 20th century.

If you aren’t already following the @RT_1917 Russian Revolution thing, you should def get on that – Ludendorff was just tweeting at Lenin

The country exploded in revolt in March, 1917 and to the great surprise of many, the centuries-old Russian monarchy was toppled. By April, the gloves were really off. Rallies, insubordination and open violence stretched from the central city of Samara all the way to our sailors stationed at Helsingfors, present-day Helsinki.

[The most entertaining thing on Twitter for the coming months]

For those history-minded folks, this is something to keep an eye on. #1917LIVE has real time tweets from @VLenin_1917 and more. https://t.co/hAF1bZJ69W

Vladimir Lenin’s timely (untimely – if you’re the @ProvisionalGovernment) return spelled doom for social-democratic elites whose admirable philosophy and promise of reform never amounted to much, save for political bickering.

One-upmanship was the name of the game in April, as the Provisional Government and the rival Soviets duked it out on the political arena – a period known as the Dual Rule. The latter was intent on keeping Russia’s promise to its Entente allies, France and Britain. The Soviets – representing the soldiers, peasants and workers, opposed the plan, sowing social upheaval until Lenin’s return.

Their trump card was the overwhelming popular support that the social-democrat Alexander Kerensky and his cohorts never mustered. In April, we see just how risky the Provisional Government’s move to rule with just bureaucracy as its only tool.

Just discovered the “live” tweeting of the Russian revolution and am nearly in tears of joy. #1917LIVE

Are you getting your daily dose of #1917LIVE#RussianRevolution history. Better than history at school and no teacher with patched elbows https://t.co/x6gPJw5zDu

The leader of the Bolshevik party Vladimir Lenin charted an entirely different course – one of building a global Socialist Revolution based on the key tenets of Marxism, starting at home. Lenin is forever known to history as a master manipulator with an ability to hypnotize people into rising up against seemingly insurmountable odds. His April Theses had laid the foundation for continuing this struggle for power at home.

#1917LIVE :best Twitter idea ever! “Live” Tweets of the russian revolution. That’s how the Romanov, Lenin, ….would have tweeted. #easterhttps://t.co/BMJ6x4uLyq

Creative use of Twitter and nice way to bone up on your Russian Revolutionary history- watch #1917LIVE and #1917CROWDhttps://t.co/pJ0L4nEhdE

Plenty more developments are to follow in May, including the return of Leon Trotsky – Lenin’s closest ‘frienemy’.
Anyone is free to get involved in the project by creating a historic Twitter profile and tweeting under hashtag #1917CROWD.

my twitter is only #1917live stuff at this point

The situation is heating up now with the latest updates from #1917LIVE. A live report from a century ago. One hashtag I follow religiously.

RT hopes the project’s fans and ‘characters’ will stay with us through thick and thin, until we bring the Russian Revolution to its roaring October crescendo!