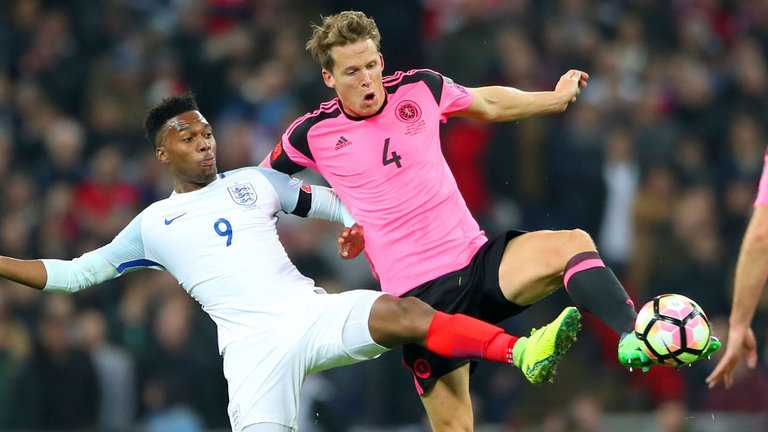 Christophe Berra believes he will be in good shape for Scotland’s clash with England next month despite a lack of pitch-time.

The World Cup Qualifier takes place at Hampden Park on June 10, and some of the squad will not have played a game since the start of May, following the end of the Sky Bet Championship programme.

Berra is among those, having re-signed with Hearts earlier this week, with his last game having come on May 7 for his former club Ipswich.

He said: “All their players play in the Premier League while the majority of ours play in the Championship, so we will have had a big break.

“I haven’t played since May 7 but I’ve had a good holiday and been to the gym a few times. I’m a naturally fit guy so that aspect shouldn’t be a problem – it’s just the sharpness you worry about.

The 32-year-old wonders if the extended time off could even play in their favour, as he added: “We will have a good week’s preparation before the game. Maybe the little bit of freshness will do us good as well.

“It’s a game we want to win, it’s a cup final really – anything can happen.

“But being at Hampden with the crowd behind us will fire us up. We’ve had big results there before and hopefully we can have a repeat.”