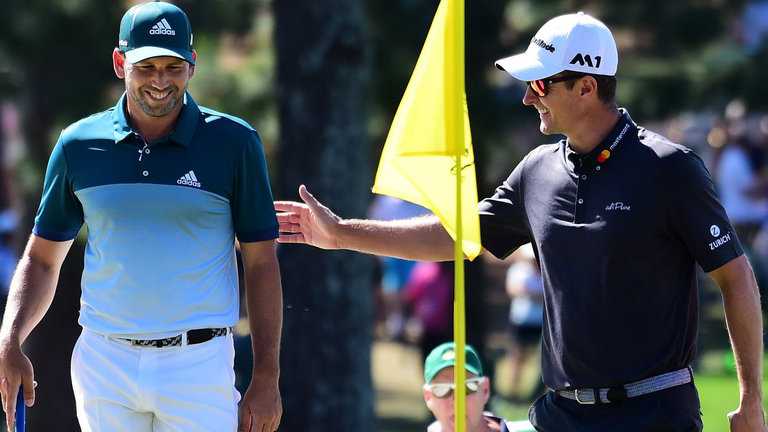 Former PGA Champion Rich Beem has hailed Sergio Garcia for his Masters success and praised Justin Rose for his performance at Augusta National.

Garcia holed a 12-foot birdie to secure a long-awaited major title at the 74th time of asking at the expense of Rose, who found the pines off the tee and missed the fairway with his second shot.

“I think it validates everything that he has done and gone through in his career,” Beem told Sky Sports News HQ. “It’s hard to believe that it has taken this long to get the first major win.

“Both of these players [Garcia and Rose] are very accomplished and now Sergio has finally evened the score when it comes to major wins.

“It was nice to see those guys out there battling and battling hard. You saw the devastation on Justin Rose’s face and he didn’t take defeat lightly.

“He showed a lot of class and it took a lot of guts for him to lift his head up high and to congratulate Sergio in the way that he did.

“Justin unfortunately didn’t play the play-off hole that he would have liked and they both had chances to win it in regulation, but there’s certainly nothing for Rose to hang his head about.”

Click on the video above to hear Beem’s review of the Masters!