Be careful with that conference! 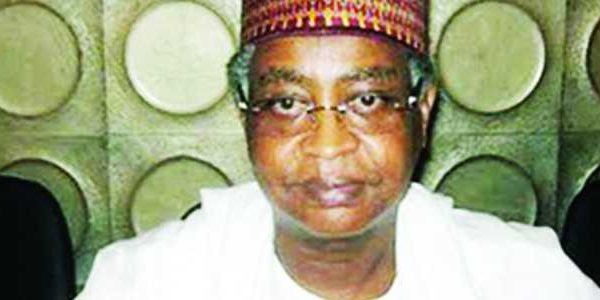 President Goodluck Jonathan’s acceptance of the National Conference/Dialogue on the 53rd Independence Day last week, may be a Greek Gift. He was adamantly against it just a few months ago; and so was Senator David Mark, just a few weeks ago.

For them both to make such a sudden and complete U-Turn makes the whole thing suspicious. If they plan to use it to cause some confusion toward the 2015 elections, then they better make another U-Turn in the best interest of stability, as well as the existence of this country.

If that is not the case, and I want to believe it is not, then they should only receive and widely publish the report of the conference committee just formed, but suspend all other actions on the conference until well after the 2015 elections. In fact, I would want such a suggestion to come from the committee members themselves. No such a conference or anything about it, besides the ad hoc committee’s work, should take place before the elections.

Better still, this government should hands off this matter, and leave it to the Nigerian people to organise their conference. I say this, not only because of the negative subterranean influence the government will certainly exert, but also because of the billions of naira that will be stolen in the name of the conference. President Jonathan should please pay more attention to the educational, health and infrastructural problems that bedevil the nation presently.

The way this conference is being conceived by its initiators, as a negotiation forum between the various nationalities (that is, the tribes) of this country, will be a very difficult, if not impossible, to organise. First, they have to define who are these nationalities, and how they would elect or nominate their representatives. They also have to define the role of the civil society in all this, who they represent and how they should be nominated. I am sure also, that the federal and state governments, youth and women organisations will need to participate, and we cannot be sure whether the criteria they will use in nominating their delegates will be the same or on an equal basis. God knows who else will demand to be represented! No one will accept to be left behind. But, we all know that certain nominations are made in order to steer meetings like this to some specific outcomes. That is where we must also be very careful.

With all these people populating the conference, you certainly need a huge indoor Stadium, to accommodate all the patriots, zealots, fanatics, terrorists, militants, anti-unity and anti-democracy groups, secessionists, fundamentalists, and whatever else you might think of among them. These are the representatives of the people, and all would demand seats and stipend and accommodation etc. That will be too expensive for the country to bear, especially at this time when the Federal Government, it is said, cannot fully pay the states their monthly allocations.; when they cannot settle with the Academic Staff Union of Universities and the students; when some doctors are planning to go on strike; and when nothing really works.

And, if you deny any of these groups and go for nomination of participants by some other means using other criteria, then the conference will not be properly representative, and will be dead on arrival. And, if you gather all those people listed above by whatever means, the confusion will be endless, and may even precipitate the unthinkable.

And then, how do you protect the conference from a terrorist attack?

Or, may be the other alternative is to elect a new Constituent Assembly to debate the Constitution and make the necessary amendments in the vital areas that concern most Nigerians. But then, some will say, “That is what the National Assembly is doing right now”. Or, they will say, “The National Assembly should convert itself into a Constituent Assembly, and do the job. Some nominated members from the civil society may be added to it to bridge some of the gaps of representation, and to allow some advocates to participate. And, they will add that, whatever they produce should then be put to a national referendum; and the new constitution will then be a truly people’s constitution. Even these suggestions, I am sure will be objectionable to the agitators of the Sovereign National Conference, whose real agenda are unknown.

Whether these type of risky questions will be asked and negative answers be given, it has to be warned that separating this country is not going to be an easy task. Any such attempt may land us into another war, in which the country will end up completely destroyed and millions killed. And, we must not forget, we are in an era of war throughout the world. We certainly cannot escape it. Separation can only come by itself, if for example, a section, on its own, decides to leave the union. In that case, the proponents should be allowed to do so, completely with their people. Another war to keep the country one will result in the same destruction and loss of lives and, therefore, defeat its purpose.

Many people will not like anyone to die, or even to spill a drop of blood to keep this country one. It cannot be kept one if a war happens between these “nationalities”; it will be destroyed. So, the best thing to do, is for the National Assembly and any other groups to continue debating on what is really wrong with us. How do we make the necessary adjustments, structurally and politically, that will ensure we remain one in whatever form?

If the truth is to be told, we all know of a few matters that truly disturb and distort the minds of Nigerians, about the country and its remaining united.

1. Many people feel completely dominated in their own states, by people from “other” places. We do not like to say this, but it is now important to say it. It is natural for people to feel this and resent it, and even become violent because of it. Even in Europe, we’ve just been hearing David Cameron of the United Kingdom and Angela Markel of Germany say openly that multi-culturism is not working; that it is dead. This is mostly because “foreigners” are beginning to dominate them and take away their jobs and their livelihoods. In the UK, for example, the Asians, Middle Easterners and East Europeans are the new middle-class. Almost all of the corner shops -dry cleaning, news agencies, green groceries, restaurants, food halls, even the traditional fish & chip shops are being taken by foreigners. Building works, house refurbishing, repairs and decorating by East Europeans. Even the pimps and their commodities are foreigners!

We have also seen what is happening in other countries that were once peaceful, but now almost on the verge of violence, or already doing it against new comers. In Italy, Russia, Burma, even Britain and Australia, nationalist parties are spring up to challenge immigration and beat up or even kill immigrants! The world is becoming smaller, population growing at an incredibly fast rate, and resources getting meaner! The same thing is happening to us in Nigeria, because we still regard ourselves as foreigners to one another in our own country. This is a contradiction, but we cause and encourage it. We senselessly say bad things against each other, without thinking of the consequences to our national unity. For example, “northerners are useless, they are parasites etc. Or, the Igbo have dominated us. Or, the Yoruba alone don’t own Lagos, we built it. Or, it is our oil, or, it is our land, get out of it and so on.” Clearly, some Nigerians do not have the freedoms they ought to have in other parts of their country. Everybody is on every other body’s nerves. Everybody believes that their problems are caused by someone else, especially if that someone else is doing much better.