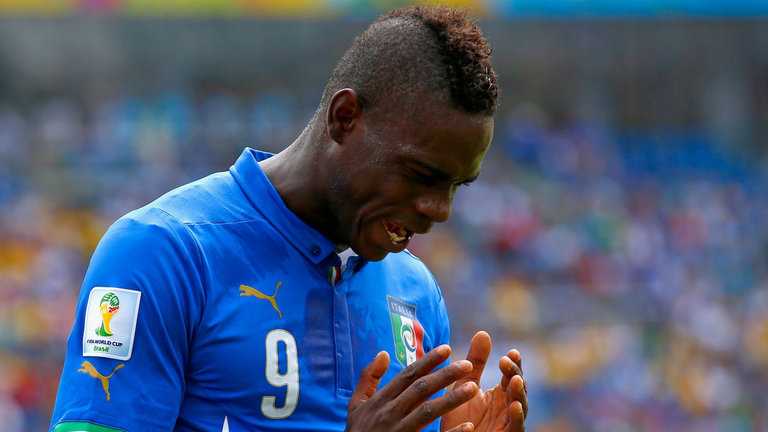 Mario Balotelli has shown few signs of wanting to fight his way back into the national side, Italy coach Gian Piero Ventura said on Wednesday.

Balotelli last played for Italy at their ill-fated 2014 World Cup campaign, but his international and club career have been in a tailspin since then.

After a lightning start with French first division side Nice this season, however, the frontman appeared to have stopped the rot with goals and assists coming thick and fast.

It prompted Ventura to offer Balotelli a way back last month, the coach pledging a face-to-face meeting to “discuss” behavioural problems.

But that prospect now looks slim.

The former Inter Milan, AC Milan, Manchester City and Liverpool striker was issued his third red card of the season last weekend, for dissent, in a 1-0 win at Lorient.

“We have to meet face to face, but up until now I haven’t seen positive signs,” Ventura told media at Italy’s Coverciano training base near Florence.

“There’s no disputing his talent, but the rest… the facts suggest that Balotelli needs to make changes. It would be a pity not to have him available. We’ll see.”

Meanwhile, the Italy career of former Southampton striker Graziano Pelle, who now plays at Chinese Super League side Shandong Luneng, appears to be over.

Pelle played a key role for Italy on their way to the quarter-finals of Euro 2016 under former coach Antonio Conte, scoring against Belgium then Spain, before missing a penalty in a quarter-final shoot-out defeat to Germany.

He was initially sidelined from the squad for refusing to shake Ventura’s hand after being substituted in a 2018 World Cup qualifying draw with Spain in Turin last October.

“Pelle had his opportunities,” Ventura added. “The door is open to everyone, but we are currently undergoing a process of rejuvenation.”

Italy sit second in their World Cup qualifying group on the same points as Spain and resume their bid for the 2018 competition against Albania next month.