Avengers are economic warriors looking for their own pockets – Osibanjo 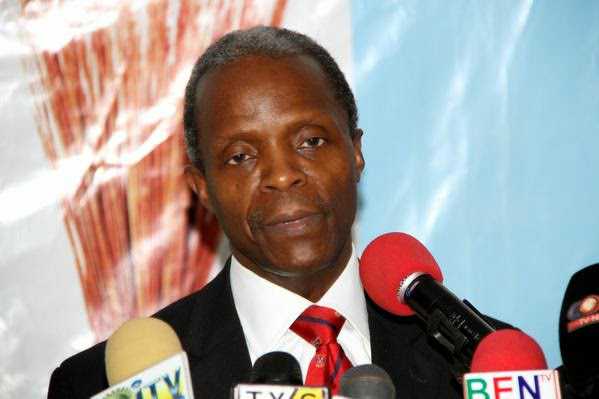 THE Federal Government explained yesterday why it has refused to enter into dialogue with the Niger Delta Avengers who has continuously bombed pipelines in the region even as the militants vowed not to beg government for negotiation. The Federal Government gave the explanation a day after the Avengers blew up three more trunk lines in Bayelsa and Rivers. Meanwhile, residents of over 75 riverine communities Delta state have cried out over the pollution of their environment and environment by the activities of the Avengers and other militant groups.

President Muhammadu Buhari Giving reason why the Federal Government was not holding talks with the Niger Delta Avengers on how to put an end to the bombing of pipelines, Vice President, Professor Yemi Osinbajo said that they are not freedom fighters but economic warriors who are fighting for their own private pockets. Professor Osinbajo who delivered the second foundation lecture of Elizade University,Ilaramokin, Ondo state entitled “The Future is here earlier than we thought”, declared that “the so called avengers are not freedom fighters but fighting for their own economic benefits. They are avenging for their private pocket and that is why government is not talking with them”.

The Vice President however said that the Federal Government has concluded arrangements to tackle the menace of pipeline vandalism in the Niger/Delta region. While condemning the activities of the militants who claimed responsibility for the vandalization of petroleum pipelines in the Niger/Delta region, said “the previous government neglected the region for several years, hence the current challenges in the region.

The Federal Government has however put machinery in motion to curtail the activities of Niger/Delta Avengers”.He also lamented that the activities of the avengers were responsible for the epileptic power supply in the country as well as the inability of state governors to pay workers’ salaries due to the low revenue generated in the oil sector as a result of the attack on pipelines.