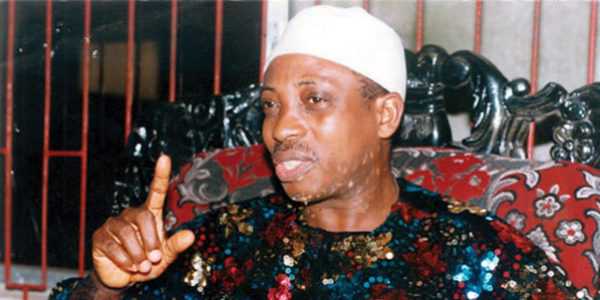 THE Enugu State Police Command said, yesterday, that its investigations into last Saturday’s invasion of the Enugu Government House

was carried out by members of the Movement for the Actualisation of the Sovereign State of Biafra, MASSOB, a group canvassing for the re-declaration of Biafran republic.

State Commissioner of Police, Mr. Abubakar Mohammed, who disclosed this while briefing newsmen on the incident, said four persons were arrested, including one that was seriously wounded and hospitalised, explaining that no death was recorded.

He gave their names as Ifeanyi Chukwuma, Francis Nwaemeka, Sunday Okafor and Shedrack Obi, all from Anambra State.

He said items recovered from the MASSOB members, who stormed Government House to forcefully take over Enugu State seat of power at about 4.30a.m., were two big banners bearing symbol of the Republic of Biafra, 34 assorted flags, including those belonging to the defunct Republic of Biafra, Britain, United States, and Israel, one big bag containing charms, eight matchetes and a saw, but said no gun was recovered from them.

However, the leader of MASSOB, Chief Ralph Uwazurike, denied the police claim that his members were involved in the attack on the Government House, saying the names of the arrested suspects indicated that they were not his members.

According to the CP, the suspects who claimed to be members of the pro-Biafra group had confessed that they were invited by some persons in Enugu to hoist the Biafran flags at the Government House, adding that his men were already out in search of their alleged sponsors whose identities he declined to make public.

He said that the group of young men, who invaded the Enugu Government House at about 4.30a.m.  on March 8, 2014, and armed with matchetes were on a mission to take over the Government House, Enugu, but added that until their sponsors were arrested it would be difficult to ascertain their actual motive.

“We will charge the arrested persons to court while we will continue to look for their sponsors,” the commissioner said.
When the newsmen demanded to see the suspects to hear their own story, the CP said nobody would be allowed access to them for the meantime in order not to jeopardise ongoing investigations.