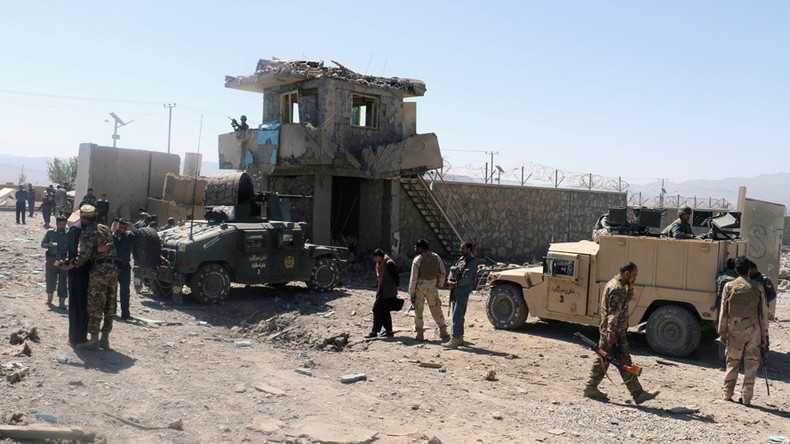 Update: 4 people were killed and 25 wounded in complex attack on #Paktia police HQ this morning.

A suicide attacker detonated a car packed with explosives at the entrance of the police compound in the city of Gardez, the capital of Paktia province, said Najib Danish, a spokesman for the Interior Ministry, as cited by Reuters. The attacker opened the way for other insurgents to penetrate the headquarters’ territory.

READ MORE: 7 US soldiers injured in inside attack at Afghan military camp

Responsibility for the attack has been claimed by the Taliban terrorist group, which asserted that at least 100 police officers had been killed, according to Reuters.

Another blast occurred inside the police compound when a second suicide bomber detonated his explosive vest, AP reports, citing local police official Sardar Wali Tabasim. He added that two other insurgents were killed by police, but a fight with one remaining attacker is ongoing. Eight officers were also injured, Tabasim said.

READ MORE: 4,000 more US troops to be sent to Afghanistan – report