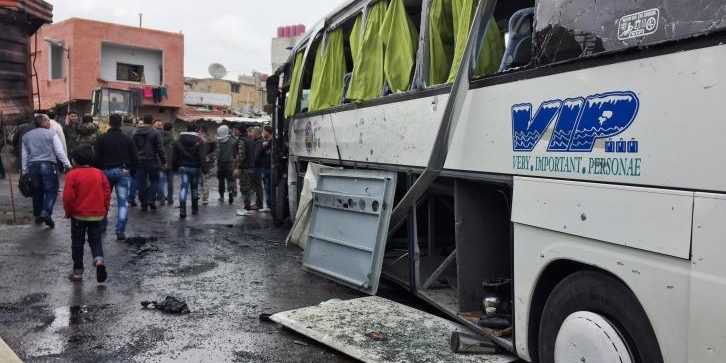 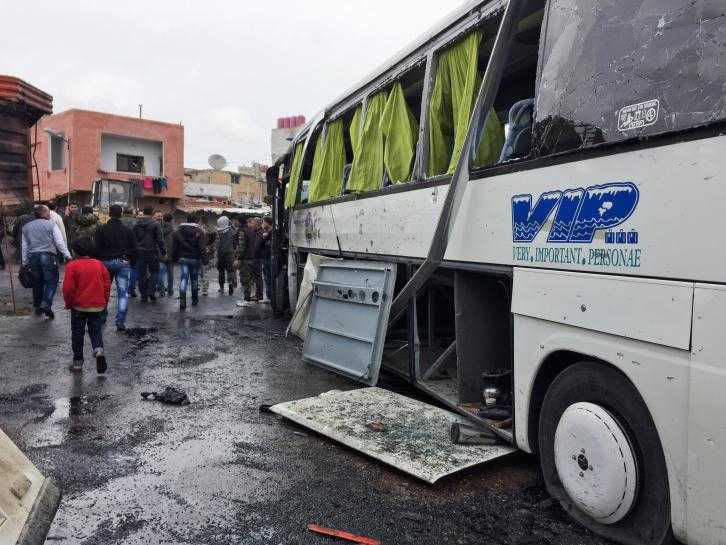 BEIRUT/DAMASCUS A double bomb attack targeting Shi’ite pilgrims in Damascus killed at least 40 Iraqis and wounded 120 more who were going to pray at a nearby shrine, the Iraqi foreign ministry said.

There was no immediate claim of responsibility for Saturday’s attack, which the Hezbollah-run al-Manar TV station said had been carried out by two suicide bombers.

Footage broadcast by Syrian state TV showed two badly damaged buses with their windows blown out. The area was splattered with blood and shoes were scattered on the ground.

Syrian President Bashar al-Assad has been supported in the country’s war by Shi’ite militias from countries including Iraq, Afghanistan and Lebanon.

The attack took place at a bus station where the pilgrims had been brought to visit the nearby Bab al-Saghir cemetery, named after one of the seven gates of the Old City of Damascus.

The second blast went off some 10 minutes after the first at around 10 a.m. (0800 GMT), inflicting casualties on civil defense workers who had gathered to tend to the casualties, the Damascus correspondent for al-Manar told the station by phone.

The pilgrims were due to pray at the cemetery after visiting the Sayeda Zeinab shrine just outside Damascus, he said.

Sayeda Zeinab – the granddaughter of the Prophet Mohammad – is venerated by Shi’ites and her shrine is a site of mass pilgrimage for Shi’ites from across the world. It has also been a magnet for Shi’ite militiamen in Syria.

Iran has backed Assad in the conflict that erupted in 2011. The Iran-backed Lebanese group Hezbollah is also fighting in support of Assad.

The Syrian Observatory for Human Rights, a British-based organization that reports on the war, said the number of dead was at least 44. The death toll was expected to rise due to the many serious injuries, it added.