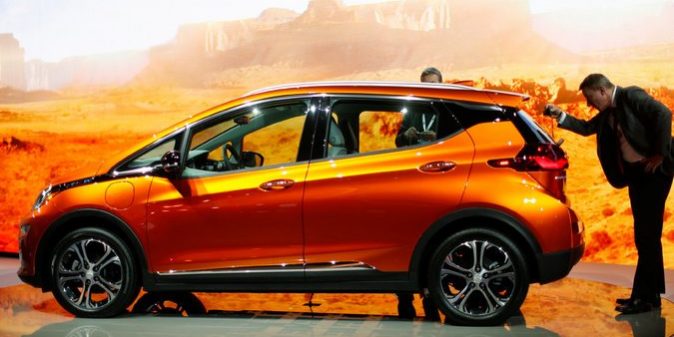 SHANGHAI — As the United States and China exchange increasingly antagonistic trade threats, American business leaders, farm groups and some economists worry that President Trump might be going too far.

Given the stakes, he may just be getting started.

At the heart of the dispute is a fundamental question: Which of the countries is more willing to endure short-term pain on trade for the long-term gain of playing a leading role in industries like robotics, aerospace, pharmaceuticals, electric cars, artificial intelligence and more.

China has embarked on an ambitious and expensive plan to retool its economy for the future and to dominate these industries. Mr. Trump has said that China’s approach relies on unfair and predatory practices, and on stolen American technology. Even as Chinese leaders say they want to avoid a trade war, they are staunchly defending their plans for high-tech sectors, and showing little sign of backing down.

Mr. Trump’s threat to sharply escalate the administration’s tariffs aggressively on Chinese imports — a threat he reiterated on Friday — shows that neither side has yet gone far enough to persuade the other to compromise.

“The administration, if it’s serious, better be prepared for much more,” said Derek Scissors, resident scholar at the American Enterprise Institute.

It is an agenda that China would probably go to great lengths to protect. “We will not start a war — however, if someone starts a war, we will definitely fight back,” Gao Feng, the commerce ministry spokesman, said at a news conference in Beijing on Friday. “No options will be ruled out.”

For the United States, victory in such a war would be difficult to verify, much less achieve.

China could say it plans to ease back on government support. But that could be difficult to quantify because of the country’s opaque political system and the state’s control of information.

China could back off from rules that favor local competitors and require American companies to share technology if they want access to the Chinese market. For example, foreign automakers face pressure to transfer electric-car technology to their local partners, and foreign technology companies are increasingly required to submit to security reviews. Foreign businesses have long complained that many of the rules they must follow are unwritten.

China’s government-financed campaign is already paying off in some ways. Drive into downtown Shanghai from Pudong International Airport and you pass a seemingly endless series of huge hangars and vast, glass-walled design centers, all part of the country’s effort to create a commercial aircraft manufacturing giant to rival Boeing or Airbus. Travel to factory districts in Shanghai and on the outskirts of many other Chinese cities and you see enormous, newly built factories ready to churn out electric cars, the batteries they use and other components.

Proving that the Chinese government unfairly supports the effort could be difficult, however.

The United States could press its argument with the World Trade Organzation, which oversees global trading rules and prohibits big loans from government-controlled banks at artificially low interest rates. But the W.T.O. requires many contracts and government documents to prove cases, evidence that can be hard to get in a tightly controlled country like China.

Even when the W.T.O. rules against China, persuading the country to comply can be challenging. One such ruling, involving China’s restrictions on foreign electronic payment systems, was issued nearly six years ago. China is still mulling how it will comply — despite numerous complaints from the Obama administration and more recent nudges from the Trump administration.

So the United States has turned to tariffs. That means it is using a 1980s tool to address an industrial policy issue that is already shaping the 21st century.

Mr. Trump’s top trade official, Robert Lighthizer, was a deputy United States trade representative under President Ronald Reagan. The tariffs that Mr. Lighthizer threatened against Japan in those days are among the same ones he is wielding now. But two periods differ in two big ways.

One is that Japan depended on the United States in the ’80s for military protection from the Soviet Union. China, by contrast, is an increasingly assertive global rival, sending naval vessels to the Baltic Sea and building a naval base in East Africa.

The second major difference between then and now is that the European Union deeply resented the tariffs of the 1980s, and Mr. Trump’s use of them could make it difficult to persuade European officials to present a united front. In response to American tariffs, Beijing could simply shift business from American companies like Boeing and Ford to European rivals like Airbus and Daimler.

Chinese officials dispute the American accusations about their unfair trade practices. They say Mr. Trump’s tariffs violate W.T.O. rules, and they dispute claims that China forces American companies to hand over technology. As for Made in China 2025, Chinese officials say the plan is only guidance, not a government directive — and that foreign companies are free to participate, too.

In China’s current industrial policy, the Trump administration sees an extension of how the country has already come to dominate one major industry of the future: solar power.

Mr. Trump himself is no fan of solar panels. He has spoken enthusiastically about coal, not renewable energy, throughout his campaign and his presidency. But the solar power industry is one of the biggest success stories so far in China’s efforts involving advanced industries.

The United States played a central role in developing solar panels and manufacturing them until a decade ago. Around then, the Chinese government decided to finance a lavish expansion of the sector. State-controlled banks lent tens of billions of dollars at low interest rates despite the high-profile bankruptcies of solar manufacturers.

Chinese firms now produce three-quarters of the world’s solar panels. Most American and European companies have closed factories, and many have become insolvent. China’s success in producing solar panels has given Beijing a blueprint for seizing the lead in a long list of other high-tech industries.

Many foreign companies are caught between China’s industrial ambitions and Washington’s efforts to stop them, including major aerospace companies and carmakers. The conflict may spread: Made in China 2025 could create major competitors to General Electric and Intel, and to companies outside the United States like Siemens and Samsung.

Tariffs could hurt such companies if the United States and China follow through on their plans. They also risk losing their competitiveness if Beijing succeeds in subsidizing the creation of large Chinese rivals in their industries.

Boeing, for example, could be hit by American tariffs on civilian aircraft parts it buys from Avic, a state-controlled Chinese military and aviation company — required purchases if the company, which is based in Chicago, wants to sell planes in China. China, in turn, is pushing a consortium that includes Avic to become a Boeing rival. Boeing, like other multinational companies, has refrained from endorsing or criticizing the tariffs.

“Although our members are unhappy with retaliatory tariffs being used,” said Kenneth Jarrett, the president of the American Chamber of Commerce in Shanghai, “there is a belief that greater pressure has to be brought to bear on China.”