As Reps resume on Thursday, fresh threats of impeachement of Jonathan emerged, ‘We may impeach Jonathan if …’ says Reps spokesman 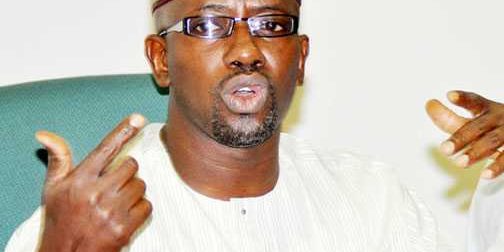 THE Chairman, House of Representatives Committee on Media and Public Affairs, Honourable Zakari Mohammed, on Friday confirmed that the September 17 resumption date of the lawmakers is sacrosanct.He maintained that as the House reconvenes, impeachment proceedings would be commenced against President Goodluck Jonathan if he was found wanting.The House spokesman, who identified with the New Peoples Democratic Party (PDP), said that impeachment moves against the President should not be ruled out, saying that any impeachment moves against the president would be treated according to its merit.

Saturday Tribune recalls that there have been reports of possible impeachment moves against the president following the crisis rocking the PDP, which has already divided the party into two factions, one led by its National Chairman, Alhaji Bamanga Tukur, and the other by Alhaji Kawu Baraje.

Addressing newsmen in Abuja, Honourable Mohammed said if care was not taken, PDP with majority members might become minority party in the National Assembly.On likely impeachment moves against the president, Mohammed said, “the House had never been carried away by motions but would look at the merits of the proposal (impeachment),” if any member came up with such.According to him, “every issue will be looked at according to its merits. If it deserves that there be sanctions, so be it.

We are not ruling out either or all of it.“The floor will determine what happens. To now say we will impeach Mr X means we have made up our minds on what we would do. There must be issues that will generate impeachment procedures and it is the floor that will decide whether these issues are impeachable or not.”On PDP turning into minority in the House, he said, “whatever affects the PDP in the House will definitely affect the coloration of the House.

With 208 (PDP) members in the House, whatever affects members of the PDP will be felt by all of us,” stressing that with 57 members of the New PDP joining forces with APC, which has 137 members, “we are as important as any other party to win elections and cannot simply be wished away.”On issues that would form the topical issues on the table of the House, Mohammed said the House would ensure completion of the constitution review exercise, Petroleum Industry Bill, as well as strengthen its oversight function on Federal Government ministries, departments and agencies.

He, however, dismissed any insinuation of plan to reshuffle the House committees, saying that such exercise was the prerogative of the House leadership, led by Honourable Aminu Tambuwal.