As Leaders Argue, South Korea Finds China Is No Longer an Easy Sell 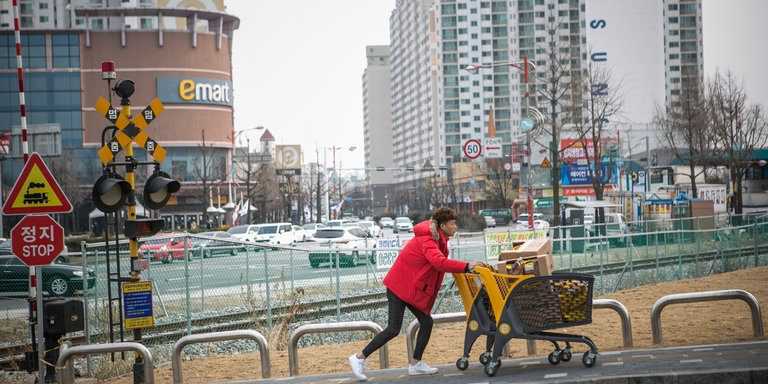 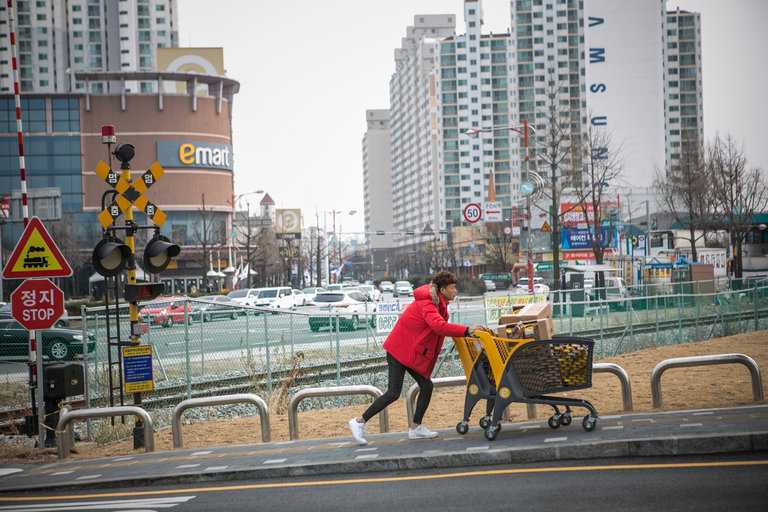 Then, in November, international politics struck this South Korean maker of skin care products. As China’s ire grew over plans by Washington and Seoul to park a missile defense system on South Korean soil, sales of the two beauty aids fell to one-fifth of Beyond Cosmetics’ sales, from one-half.

Now, as the deployment of the system begins this week and China threatens to punish South Korea further, companies like Beyond Cosmetics have been bracing for worse. The intensifying diplomatic ruckus is exposing deep cracks in South Korea’s economic success story and forcing the nation to confront its dependence on China, its largest trading partner.

Even before the current crisis, Beyond Cosmetics had started to look beyond China, where it was increasingly running into problems like tougher government rules and rising homegrown competition.

Then, in November, international politics struck this South Korean maker of skin care products. As China’s ire grew over plans by Washington and Seoul to park a missile defense system on South Korean soil, sales of the two beauty aids fell to one-fifth of Beyond Cosmetics’ sales, from one-half.

Now, as the deployment of the system begins this week and China threatens to punish South Korea further, companies like Beyond Cosmetics have been bracing for worse. The intensifying diplomatic ruckus is exposing deep cracks in South Korea’s economic success story and forcing the nation to confront its dependence on China, its largest trading partner.

Even before the current crisis, Beyond Cosmetics had started to look beyond China, where it was increasingly running into problems like tougher government rules and rising homegrown competition.

“We thought we could do something better with our time than attempt to go further into the Chinese market,” said Kim Byung-sun, the company’s vice president, adding that he traveled regularly to promote halal-certified products in Malaysia, a predominantly Muslim country, and long-lasting matte lipsticks that can withstand the humidity in Thailand.

All of that may be in jeopardy now. Consumer boycotts have hit Korean chain stores in China. K-pop shows there have been canceled. Just last week, the Chinese National Tourism Administration ordered regional travel agencies to halt sales of package tours to South Korea.

But even before China began lashing out at South Korea, the economic relationship between the industrial giants had started to shift. China is increasingly a competitor as much as a customer for South Korea. Chinese companies have improved product quality and can compete on price, both at home and abroad, in everything from complex components to cosmetics to smartphones.

That presents major challenges for a country where a bribery scandal has engulfed both the country’s president and the de facto chief of its biggest conglomerate, Samsung, and raised questions about whether an economy driven by exports and close ties between officials and big business have reached their limit. To thrive long term, experts say, South Korea needs to consider overhauls that will help empower entrepreneurs and spread wealth domestically.

“A key question is whether Korea is going to be able to make a shift away from a trade- and export-led growth model that brought them dramatic economic success,” said Mark W. Lippert, who recently left Seoul as the American ambassador to South Korea.

Chinese manufacturers have started to make the parts and components that South Korean companies have been selling into China, where factory workers assemble them into products destined for European or American consumers. This so-called intermediary trade currently accounts for about three-quarters of all of South Korea’s exports to China.

Chinese companies are also making more of their own consumer goods such as cars, phones and flat-panel television screens. Samsung, which commanded a 20 percent share of the Chinese cellphone market in 2012, now has only 6 percent, according to GfK, the market researcher. The top four best-selling cellphone brands in China, according to IDC, the technology research firm, are now made by Chinese companies.

Mr. Kim, of Beyond Cosmetics, says Chinese cosmetics manufacturers have wooed South Korean research employees with salaries that are three times higher than what his company can offer, in addition to benefits like housing and cars.

In 2015 and 2016, South Korea’s exports fell for the first time in close to 60 years, the Korea International Trade Association said. Last year, exports to China slid 9.3 percent compared with a year earlier as the Chinese economy slowed down, though those figures were up in the first two months of this year.

“Regardless of the industry, Korea has depended on China too much,” said Kang Seon-jou, professor of trade and economic studies at the Korea National Diplomatic Academy.

Beijing has protested South Korea’s agreement to host the missile defense system — called the Terminal High-Altitude Area Defense system, or Thaad — and the Chinese state news media have been calling for a boycott, affecting everything from South Korean pop stars and television programs to Korean-owned supermarkets. This week, alarmed by the most recent test of ballistic missiles by North Korea, the United States began to deploy the system.

That is affecting an effort by South Korea to reap more economic power from its popular culture. Several musical events featuring its performers in China have been canceled, and South Korean dramas have been pulled from Chinese online video services.

Lotte, a South Korean conglomerate that is providing land for the Thaad deployment, has reported that its online stores in China have been hacked and that half its China-based shops have been shut down for reported fire code violations.

Although Lotte is reluctant to blame the Thaad backlash, Chinese consumers seem ready to do so. Over the weekend, hundreds of angry protesters, waving Chinese flags and singing, assembled outside Lotte shops and demanded that the public boycott South Korean products.

In Incheon, a port city less than 250 miles from the nearest port in China, visiting Chinese consumers arrive by ferry to snap up items like rice cookers, toilet seats, food and makeup.

Still, local merchants are experiencing what they say is a slowdown in tourist activity from China. Incheon officials said that this month, several large Chinese businesses that were planning to send thousands of employees to company workshops in the city canceled the visits.

Although the number of Chinese visitors to Incheon rose in 2016 over a year earlier, when an outbreak of Middle East respiratory syndrome caused tourism to plunge, the numbers have not returned to 2014 levels. Yoo Jeong-bok, Incheon’s mayor, said in an interview at city hall, “If we didn’t have these geopolitical security issues, I think these 2016 figures would have been much higher.”

Lee Chung-ha, 65, owner of a small dealer of Korean-made rice cookers, said he used to sell about 30 cookers a day to Chinese visitors. On a recent Wednesday, he was unable to sell even one and cited the Thaad deployment as the biggest factor.

In the underground Sinpo International Market, a warren of small retail stalls selling clothing, handbags and used cellphones, business was sluggish on a recent visit.

“Things are really bad right now,” said Kim Min-seop, 52, owner of Mirae Mobile, where he sells recycled cellphones and iPads. “But to be honest, what can the government do? This is such a sensitive political issue.”

Down the hall, at a tiny skin care salon, Kim Chun-yeo, 57, the owner, sat alone on a small stool waiting for a customer to stop by. An ethnic Korean who was born in China, Ms. Kim opened her stall two years ago. About half of her business came from Chinese visitors, including a steady stream of cruise ship and ferry workers who wanted facials. Now, she’s lucky to get one or two customers a day.

Ms. Kim never thought she would need to pay so much attention to politics. “I think the politicians have not done well,” she said. “Because for the economy to be good, we have to have a relationship with China. I think Korea should be smarter by trying to cooperate with China.”