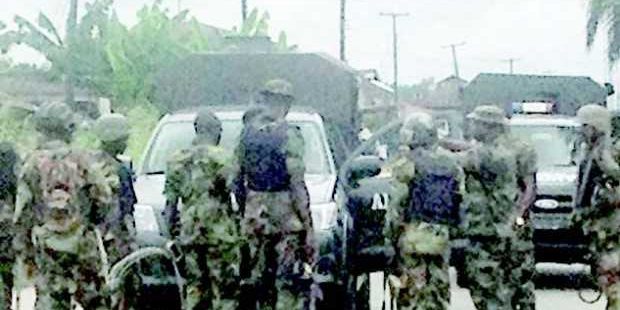 Following incessant attacks by Boko Haram in the North East and security reports indicating that more members were being recruited for terrorism acts, the Chief of Army Staff, COAS, Lt.-Gen. Azubuike Ihejirika said yesterday, that the Army has established a Special Operation Command, NASOC, solely to tackle insurgency.

This was even as the Chief of Defence Staff, CDS, Admiral Ola Sa’ad Ibrahim, yesterday, hailed the US and other countries for standing behind Nigerian military in fighting terrorists in the country and the sub-region.

Speaking with newsmen at a workshop on counter insurgency and terrorism in Abuja, Ihejirika,however, said that NASOC was approved by the Army Council as a boost to the transformation effort of the army.

The workshop was organised by the Army and Special Operations Command of the Africa-United States Counter-Insurgency and Terrorism Unit.

Expatiating on the command, Ihejirika said the Army’s role and those of other services were crucial to the overall national strategy to defeat Boko Haram terrorists and curb other security problems such as oil theft in the South-South geo-political zone of the country.

He said: “A lot of the performance of the command will depend on skills and human efforts rather than equipment and what we are doing is creating a unit of highly patriotic Nigerians ready to make sacrifices in the face of extreme danger.

“Having the special operation command will make operations at the long run less cumbersome and expensive. We want a unit that will have the ability to shelve the grains from the chaffs, to be more accurate in their target; therefore reducing the incidence of collateral damages.”

Ihejirika said that the US Government had through its Africa Command, Special Operations Command Africa, and the Office of Security Operations of the United State Embassy approved some training equipment for the command.

He said the US government was also providing training assistance towards the quick realization of the NASOC objectives.

Earlier the Chief of Transformation and Innovation, Maj.-Gen. Ibrahim Sani said there was need for the creation of a specialized outfit that can fit into the current and unexpected challenges.

He said this became necessary as clearly stated in the Chief of Army Staff’s vision which is to transform the Nigerian Army into a force better able to meet contemporary challenges.

“One of such transformation is the establishment of NASOC which is a low density high level strategic utility force capable of conducting direct action at low visibility operations.”

“NASOC operation will be governed by precision of conduct, timely accuracy, speed and execution and surprise to keep any adversary off balance while in special operations.”