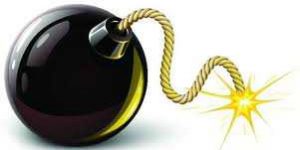 The Nigerian Army has uncovered a live bomb at the construction site of the proposed 344 Artillery Regiment at Ezillo in the Ishielu Local Government Area of Ebonyi.

This is contained in a statement from Capt. A.M. Sa’ad of the Nkwegu Military Cantonment, Abakaliki.

The statement said the regiment was being constructed on the disputed land between Ezza and Ezillo communities that had claimed more than 50 persons.

“The bomb was discovered during supervision of the project located on the ever-busy Abakaliki-Enugu expressway,” it said

It said the bomb would be detonated where it was found.

The statement urged members of the public to go about their businesses and not to be frightened as the detonation was for the safety of all. (NAN)