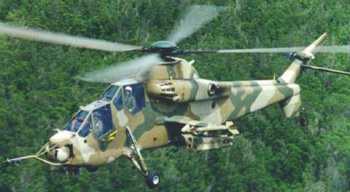 France has pledged to help Nigeria in its fight against Islamist terror group Boko Haram, which Gen. Buhari (Rtd.) claimed he has defeated “technically” and reduced their capacity to attack military establishments to nil.

This is seen as a huge boost for the Nigerian military’s fight against Boko Haram as it tries to end the militants’ seven-year insurgency.

The West African nation has in the past had difficulties in acquiring arms because of reported human rights abuses.

The two nations also agreed on areas of training for the Nigerian Armed Forces.

It is instructive to know that France backed Nigeria in 1967 to 1970 during which Nigeria committed the most atrocious genocide against the people of Biafra (Indigenous People of Biafra). What informed the France arms support to Nigeria in 2016 without thorough due diligence on the Pres. Buhari’s government and its abuse of human rights and extrajudicial killings of unarmed innocent people indeed point to a very dangerous miscalculation on the part of France.

Meanwhile, Fulani Herdsmen (Buhari’s Kindred) has Killed over 710 people between June 2015 and Now

Between June 2015 and April 2016, Fulani herdsmen have killed over 710 Nigerians (excluding Agatu Incident) in 48 recorded incidents, the highest in recent years.

For the first time, the nation’s DSS only interest in these avoidable blood bath, seem only to accuse one organization of killing 5 Fulani.

That accusation is yet to be substantiated with photographs or at least a DSS invitation to media people to the graves to corroborate their allegations.

Monday morning, six communities in Uzo-Uwani L.G.A. of Enugu State received it hot, as usual from the rampaging Fulani warriors. Two churches, over a hundred houses, dozens dead and hundreds injured with many still missing. Nigerians do not expect any positive reaction from the F.G. and the DSS for obvious reasons.

This bloodletting which began since the new Govt. took power is interestingly redefining how much faith, large sections of Nigeria should have the ability or willingness of the F.G. to protect them from this Fulani warrior, who apparently act as if they know that .F.G. cannot (or is it, will not) save the helpless victims from their attacks.

However, above all, the ongoing war by the Fulani herdsmen has only confirmed Mazi Nnamdi Kanu, Leader of IPOB, a Prophet, and a Visionary, who saw tomorrow. Mazi Kanu correctly predicted over the radio, what the Fulani would do to the middle belt, South-East, South-South and the South-West.

The serial slaughter by the Fulani, the intimidation by the security agents and the disturbing silence of the president, who incidentally is also Fulani and life patrol of Miyetti Allah Cattle Breeders Association, had put Mazi Nnamdi Kanu in the league of avatars, who correctly predicted events before they happened.

This development has also significantly increased Kanu’s popularity, especially amongst the oppressed, suppressed and consistently attacked populations, who now see him as a hero and a legend. This has resulted in a tremendous sympathy towards the gospel of IPOB and its leader.

When you add this to the excruciating pain and suffering, citizens have been subjected to, in the last ten months, these unnecessary killings and destruction only lead the victims along one line of thought: The Fulani herdsmen are making Biafra a very attractive option.