Argentina out of Davis Cup 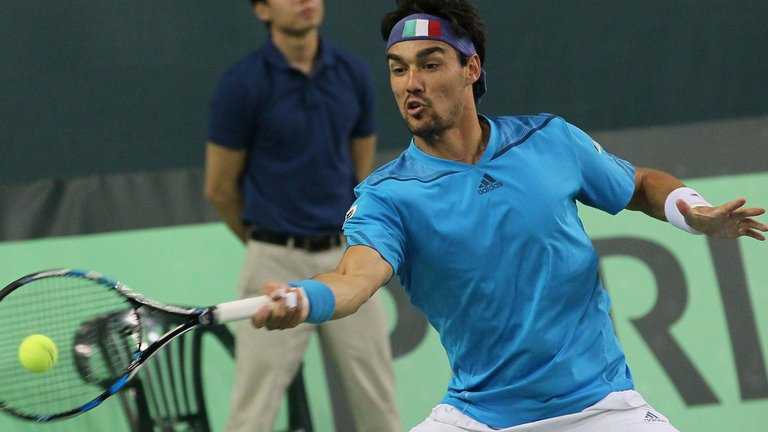 Defending champions Argentina have been sent packing from this year’s Davis Cup, losing to Italy in the first round of World Group matches in 2017.

Held over from Sunday due to rain, the match had to be concluded on Monday when Fabio Fognini came from two sets down to beat Guido Pella in the decisive singles.

The 29-year-old Fognini also had to contend with Diego Maradona, who was sitting close to the action cheering on his compatriot Pella.

At times, Fognini and the Argentina football legend, 56, were involved in heated exchanges although the Italian played it down afterwards.

Fognini said: “Diego is Diego. There was no problem. If he comes to the locker room, I’ll give him my jersey.”

However, it was world No 80 Pella who swept through the opening two sets, and looked in good shape to send the hosts through to the quarter-finals.

Fognini saved break points in game three and five of the third set, before securing his own break in game eight.

In the marathon eighth game, Fognini saved one game point before edging 5-3 ahead on his sixth break point.

He broke again early in the fourth and twice more in the decider before sealing a famous triumph.

Argentina had lost both singles on Friday, to fall 0-2 behind, only to level matters on Saturday and Sunday by winning a brace of five-set matches.