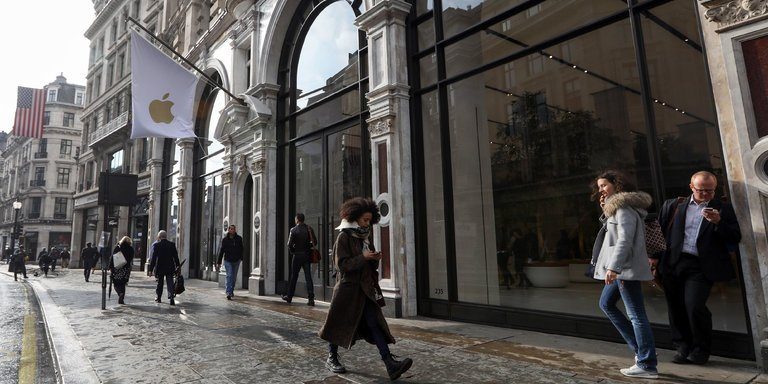 LONDON — If data is the most valuable currency of the digital economy, at what point does a company have so much that it becomes unfair?

That’s a question antitrust experts are increasingly asking themselves as the world’s biggest technology companies harvest more and more information about people and businesses. On Monday, European regulators pushed the idea forward, announcing an investigation into Apple’s proposed acquisition of the song-identification app Shazam over concerns the iPhone maker would get access to data on competitors like Spotify.

Antitrust cases, particularly in the United States, are typically argued over the impact a deal will have on consumers, such as the price of a product or service. Margrethe Vestager, the European Union’s top antitrust official, has argued data should become more of a factor.

Ms. Vestager has said that with free services, customers pay with their data, and are not always getting a fair deal. This broader interpretation of antitrust law would have important consequences for future acquisitions made by companies such as Amazon, Facebook, Google and others.

Apple said in December that it would buy Shazam, the song-recognition service that has been a mainstay on people’s smartphones for years with its ability to name a track after listening for a few seconds. The app has also become a valuable source of data, giving music industry executives insight into what songs and artists are performing well and in what regions.

European authorities are raising alarms because Shazam has important data about Apple’s rivals, potentially allowing the company to “directly target its competitors’ customers and encourage them to switch” to Apple’s own streaming service, the European Commission, the European Union’s executive arm, said in a statement.

“Competing music streaming services could be put at a competitive disadvantage,” the commission said. It added that it wanted to prevent Apple from blocking Shazam from referring users to other music services.

The European Commission has until Sept. 4 to make a final decision on whether to block or approve the deal, or seek concessions from Apple.

Apple did not immediately respond to a request for comment.

The inquiry adds to the growing roster of cases in which European authorities are resisting the expanding power of global technology companies. Apple and Ms. Vestager’s competition office are already in the midst of a contentious fight over a 2016 ruling in which the iPhone maker was ordered to pay 13 billion euros, or about $15.9 billion, in back taxes to Ireland. Apple is appealing.

Ms. Vestager’s office has also fined a number of other tech giants, including Amazon, Facebook, Google and Qualcomm. And a new data protection law taking effect next month is expected to bring even more scrutiny.

Antitrust cases based on data will become more common as companies use customer information as a moat against competitors, according to Maurice Stucke, a law professor at the University of Tennessee, who has written in favor of broader enforcement of antitrust rules. He cited a potentially influential German investigation of Facebook over the use of data.

The European inquiries are likely to influence governments elsewhere in the world, Mr. Stucke said. Governments, wary of the technology industry’s power over the global economy, will develop rules to account for concerns that data can be used to build monopoly positions, even when companies buy businesses that wouldn’t initially seem to be consequential, he said.