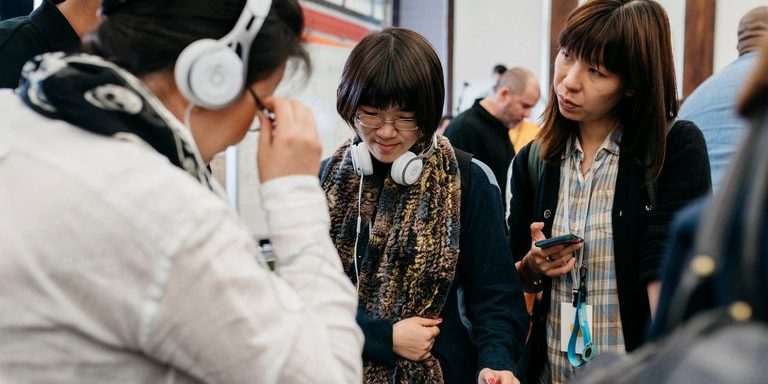 CHICAGO — Apple unveiled a new iPad aimed at classrooms and other education tools on Tuesday, in a bid to catch up to Google for students’ attention — and win more school districts’ dollars.

Apple said the new 9.7-inch iPad includes a faster processor and supports Apple Pencil, a stylus that previously paired with just its pricier iPads. The device costs $299 for schools and $329 for consumers, the same price as its previous version, and the Apple Pencil was priced at $89 for schools. The company also increased the amount of cloud storage for students to 200 gigabytes, from 5 gigabytes.

In addition, Apple announced new software for the classroom. That includes Schoolwork, an app for teachers to create and track assignments, and updates to its productivity apps for education. The company also showed off a curriculum called Everyone Can Create that helps teach students skills in music, video, photography and art.

“Our place at the intersection of technology and the liberal arts makes it possible for us to create powerful products and tools that amplify learning and creativity,” said Timothy D. Cook, Apple’s chief executive, at an event in the auditorium of Lane Technical College Prep High School on Chicago’s North Side.

Apple, Google and Microsoft are each aiming to accustom schoolchildren to their operating systems to win the next generation as lifelong customers.

Even Amazon got in on the act on Tuesday, announcing a plan to give students access to resources in its Amazon Web Services cloud network.

Apple has some catching up to do. Mac laptops and iPads were once the dominant devices in American classrooms, but Google has shot past Apple with inexpensive laptops called Chromebooks. Google has also led the way in software products designed specifically for schools, with an app called Google Classroom that teachers use to take attendance, assign homework and do other tasks, among others.

Of the 12.4 million tablets and laptops shipped to primary and secondary schools in the United States last year, Chromebooks accounted for 58 percent of the market, compared with a negligible share in 2012, according to IDC. In the same period, the share of iPads and Mac laptops fell to 22 percent from about half. And Microsoft Windows devices dropped to 18 percent from about 45 percent, IDC said.

School districts embraced Chromebooks because they were comparatively inexpensive and easy to use. Since the laptops were cloud-based, they could be shared among students who could pick up any device to get access to their documents. And school districts could use a software dashboard to manage thousands of devices at once. Districts that needed to institute online testing began buying Chromebooks in bulk.

Still, Apple generates the most revenue from school hardware sales in the United States, partly because its devices cost more. Of the $5.4 billion spent on school devices last year in the United States, Apple’s iPads and laptops accounted for about $2.1 billion, followed by Chromebooks at $1.95 billion and Microsoft Windows devices at $1.35 billion, according to IDC.

Apple’s new iPad signals how the company sees an opening at the lower end of the market. Last year, it lowered the price of its entry-level iPad to $329 for consumers and $299 for schools, helping to bolster sales of iPads after years of declines. Some Chromebooks and Windows laptops cost less than $200.

But as the American market for classroom devices matures and school districts prepare to replace the basic Chromebook laptops they purchased, analysts said Apple was well positioned to take advantage of growing interest among school districts for more sophisticated technologies that encourage student creativity in fields like robotics and computer-assisted design.

“We’re starting to see an evolution of use cases around coding, STEM, creative arts and design, some of the areas where Apple is focused,” said Ben Davis, a senior analyst in education at Futuresource Consulting, a market research firm that tracks school device shipments. “In theory, we should start to see a trade-up in computing power in the devices going into schools to support that.”

Apple’s event was atypical because it rarely goes outside its home state of California to make product announcements. But it opted for the backdrop of a Midwest high school to drive home its education message.

“I can’t let you in unless you’re excited!” one said as guests entered.