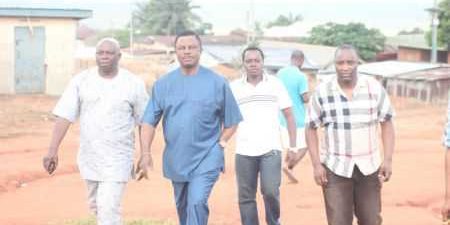 Information available to News Express shows that Obiano has cleared 13 of the local government areas based on results so far collated and announced by the Independent National Electoral Commission (INEC).

Obiano had told newsmen after voting at Eri Primary School, Aguleri: “I can smell victory,” he said. “I’m looking forward to a landslide victory.”

Meanwhile, INEC is reported to have bowed to pressure from the All Progressives Congress (APC) and its candidate, Senator Chris Ngige, and rescheduled the election in 65 wards in Obosi, Idemili South LGA, part of the stronghold of Ngige. Election in the affected areas is said to have been rescheduled till 8am tomorrow.

Though generally peaceful, the election witnessed low turnout of voters and witnessed hitches such as late supply of materials and late arrival of INEC officials in some areas. Collation of results is still in progress.