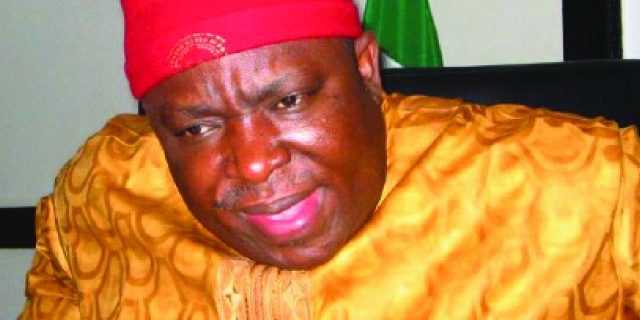 The All Progressives Grand Alliance, APGA, has demanded amnesty for members of all pro-Biafra groups in the South East.

National Chairman of APGA, Chief Victor Umeh, who made the demand yesterday, called on the Federal Government to institute an amnesty programme for the rehabilitation of the Igbo youths in pro-Biafra groups such as the Movement for the Actualisation of the Sovereign State of Biafra, MASSOB and the Biafra Zionist Movement, BZM.

He also urged the Federal Government to release unconditionally all the members of the pro-Biafra groups being held in various detention cells across the country in the spirit of the ongoing national reconciliation, adding that it should also halt the ongoing prosecution of members of BZM who were arrested in Enugu and all MASSOB members presently standing trial at the various courts in the country in the spirit of the proposed amnesty.

Umeh said the amnesty programme for MASSOB youths and members of BZM had become imperative as Nigerians were now in search of a peaceful and united country.

He said he was moved to make the call after reviewing the situation of the MASSOB youths which he likened to what the Niger Delta militants were undergoing before the Federal Government instituted an amnesty programme for them. He therefore called on the Federal Government “to take this action because the MASSOB youths who had been misused in the past by their leader, have since revolted against the treatment that they had been subjected to over the years.”

Umeh, who said he has always been moved to tears each time he sees these patriotic Igbo youths “who have been misused by Ralph Uwazuruike who traded on their emotion and sentiments for justice for the Igbo nation,” made a passionate appeal to the Federal Government to rehabilitate them through the amnesty programme.

His words: “It is on record that the corpses of many MASSOB youths are still littered all over mortuaries in South East Nigeria up till this moment. The youths have since protested against the way they have been used by their leader in the phantom struggle for the Actualisation of the Sovereign State of Biafra and have already formed what they now call Igbo Ga Dimma Youth Organisation.

“The manner these youths are being exposed to danger, arrested and incarcerated in various detention cells across the South East has become a great source of worry.

There is an urgent need for the Federal Government of Nigeria to immediately set up an amnesty programme for them where they can be rehabilitated with skill acquisition centres set up and employment opportunities created for them.

“What Ndigbo and the Igbo youths have been agitating for over the years is a just Nigeria where equity and fairness will be the basis for dealing with all Nigerians. The ongoing National Conference is already addressing some of these problems. The South East people are participating at the National Conference with a crack squad of eminent responsible leaders which include professors, diplomats, Igbo activists and elder statesmen led by General Ike Nwachukwu, strongly canvassing the rights of Igbo people at the conference.

“The amnesty which would resolve the palpable situation among the Igbo youths will also be a signpost towards preparing for general peace in this country. The MASSOB youths will be ready for this amnesty programme with a view to ensuring that peace reigns in Nigeria. I am calling on the Federal Government to solve this problem by taking timely action. The template for this programme will be worked out with the Federal Government.”

He called on the Igbo youths to cooperate with the Igbo delegates at the National Conference for the advancement of the rights of the Igbo people in Nigeria.