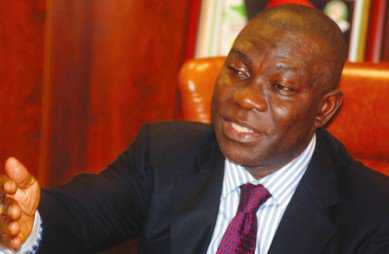 The All Progressives Congress (APC) said yesterday that  the current spate of  attacks by the terror sect,Boko Haram, “are actually the desperate pangs of a dying monster.”
Reacting to a comment by Deputy Senate President Ike Ekweremadu that the attacks had increased since President Muhammadu Buhari assumed office in May,APC National Publicity Secretary, Alhaji Lai Mohammed,  said  that Boko Haram “having been uprooted from its hideouts and put on the run, has become very desperate, hence it is now using its last arsenal to inflict as much damage as it can before it is annihilated, which is just a matter of time.”
He said if Senator Ekweremadu had  “ leveraged his high office to get the necessary information from those involved in the Boko Haram fight, especially the Nigerian military, he would not have made the kind of partisan and incautious comments attributed to him – and which he has not denied.
”Lone wolf suicide bombings and the choice of soft targets by retreating gunmen are now the order of the day, as against the terrorists’ previous coordinated actions of seizing and holding territories,”  the APC said.
It argued that contrary to  Ekweremadu’s position, “the terrorists have been weakened by the more methodical and focused approach of the present administration to the anti-terror fight, which includes the tightening of security at border locations that has made it difficult for the terrorists to manoeuvre. This approach is a far cry from the previous haphazard activities.
“The necessary structures for the effective coordination of the battle against the terrorists have been put in place both within and outside the country, thanks to the regional rallying efforts of the Buhari administration.
”Due to the government’s broad consultations, vital international input and support have become more real and are adding value to the counter-terrorism campaign. With the Nigeria-led Multi-National Joint Task Force due to be deployed by month’s end, it is a matter of time for Boko Haram to be defeated. This monster cannot and will not survive.
”Against this background of a more purposeful and coordinated approach to the Boko Haram battle, Nigerians are assured that the senseless killings and maiming that have characterized one of the most brutal terrorist campaigns ever will soon be over.
“Nigerians, not least those who should know better, should, therefore, refrain from making comments that can only serve to create panic rather than alleviate the situation.”