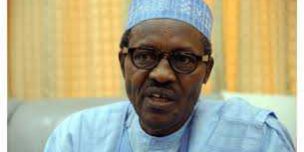 National leaders of the All Progressives Congress (APC) Gen. Muhamadu Buhari and Asiwaju Bola Ahmed Tinubu yesterday said the party is ready to take power in 2015.

They urged the leadership of the Independent National Electoral Commission (INEC) to plan ahead of the 2015 general elections.

The APC leaders spoke yesterday in Benin, the Edo State capital, at Governor Adams Oshiomhole’s fifth year anniversary in office and launch of the party in the state.

“We are, therefore, reminding INEC that it has the responsibility to direct the people and correctly advise the people that it will guarantee a free, fair and credible election.

“We know that power is not easy to surrender. But we want it and we will get it in an honest manner because APC has come to stay,” Tinubu said.

He hailed the residents for their foresight in voting for Oshiomhole.

Tinubu said: “Your votes have not been misplaced by the amount of massive development being experienced in the state.

“Since you took that decision five years ago, Oshiomhole has never looked back in terms of infrastructure and economic development of Edo State.

“You have seen and witnessed the radical development. But let me say that this is not our final destination.

“Our destination is to take over the federal level to replicate what Oshiomhole and other APC governors are doing in their states.

“You have accepted APC and it is now your duty to begin to spread the good news around your neighbourhoods and communities.”

Gen. Buhari, who congratulated Oshiomhole on his achievements, said: “I am happy that the people can now see the difference.”

The former head of state said he was optimistic that the governor would continue to develop the state.

He stressed that an APC government at the centre would eradicate poverty and provide security in the nation.

“If you vote us into power, we are prepared to tackle abduction and killing of people across the nation so that people can move freely in whatever part of this country.

“APC is here to take power in 2015, to effectively manage the economic fortunes of our land,” Buhari said.