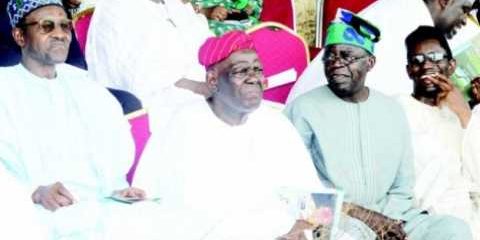 Opposition political party, the All Progressive Congress (APC), on Wednesday lambasted the government of President Goodluck Jonathan, saying his administration has disconnected from Nigerians.

The party made the assertion while offering an assessment of the current security problems bedeviling Nigeria, especially the recent bombing of military airport bases in the Northeastern city of Maiduguri, capital of Borno State.

Speaking in Abuja, the APC’s national chairman, Bisi Akande, accused Mr. Jonathan of being disconnected from the travails of the Nigerian people.

Mr. Akande said that the gradual deterioration of security and mounting civilian casualties were symptomatic of the “failure of intelligence, political naivety and

disconnect between President Goodluck Jonathan’s administration and current realities of the Nigerian situation.”

The opposition politician claimed that, rather than face the business of governance, Mr. Jonathan had been using both the Economic and Financial Crimes Commission (EFCC) and the Independent Corrupt Practices Commission (ICPC) to harass members of the opposition.

Accusing the president of pursuing political persecution, Mr. Akande added that Mr. Jonathan must realize that corruption is endemic under his government.