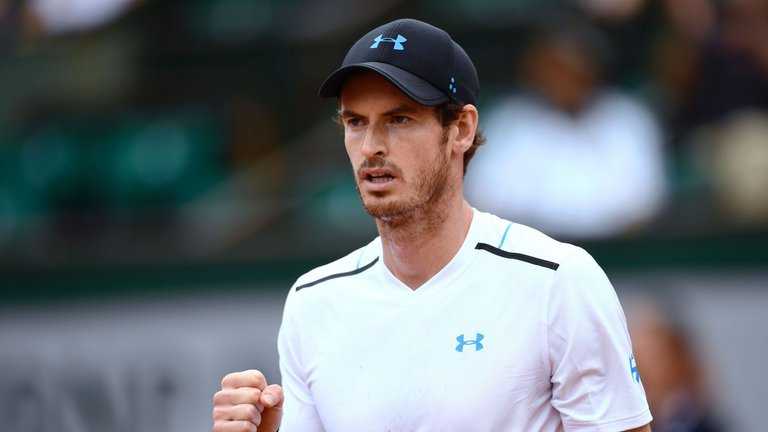 Andy Murray “will have to play even better” when he takes on red-hot Stan Wawrinka for a place in the French Open final on Friday, believes Mark Petchey.

The world No 1 reached his fifth Roland Garros semi-final with a 2-6 6-1 7-6 (7-0) 6-1 victory over Japan’s Kei Nishikori, but faces a tricky test against former champion Wawrinka in a mouth-watering a rematch of last year’s last-four contest.

Last year, Murray prevailed in four sets but the Briton has been struggling to find his A-game this season, while the 32-year-old Swiss – the oldest Roland Garros semi-finalist since Jimmy Connors in 1985 – has not dropped a set to reach the semis, which could be a factor on a very demanding surface.

But Sky Sports’ tennis analyst Petchey feels that Murray’s encouraging performance over Nishikori to avenge his loss to the Japanese star at the US Open last year puts him in high spirits ahead of Friday’s collision course.

“Andy will have to play even better in the semi-finals against Stan because he is a three-time Grand Slam champion and in doing so he has beaten the world No 1 on those three occasions,” said Murray’s former coach, Petchey. “He knows how to do it – he building confidence from his victory in Geneva just before Roland Garros.

“The thing about Stan what’s different from a lot of players – and in some ways it will help that Andy has played Nishikori prior to the semi-finals – is that he hits down the flanks arguably harder than anyone else which is really hard to defend against.

“If you’re not hitting the ball in the right spots he can hurt you in different ways. That will be a slight advantage for Andy having played Nishikori, who can hurt you straight down the line as well.

“But Stan comes with a great asset with his first serve which makes him even tougher to play against. From that point of view, he is going to have to potentially play even better than he did today. But the great thing is that fourth set was right back to where Andy was playing on clay last year.

“He arguably played his best match against Stan last year so he will take a lot of confidence from that semi-final and also the way he finished Kei off today.”

The 2015 champion, Wawrinka, demolished Marin Cilic, who has been in fine form himself this fortnight, in just an hour and 40 minutes and Petchey says Murray’s defensive ability around the court will be crucial in determining the winner of the contest.

He added: “Stan has always been an unknown quantity. We’ve always known his quality and when he gets in the kind of frame of mind that he’s in right now he’s difficult to stop. Andy has got subtleties in his game in terms of change of pace and his ability to get around the court on pick up more balls than anyone Stan has played so far.

“Andy’s defensive skills will be absolutely crucial in trying to win that match as well as his return of serve. It’s tough to predict with any certainty, but what I will say is that they’re both playing well enough to win it.”